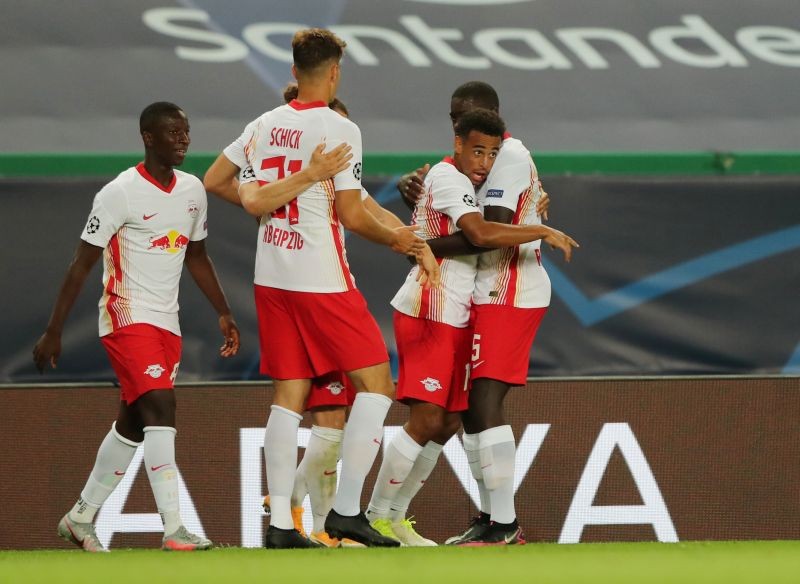 LISBON, August 14 (Reuters): RB Leipzig stunned Atletico Madrid, with a 2-1 victory in their Champions League quarter-final on Thursday, to reach the competition's last four for the first time in their club's short history.

With two minutes of normal time remaining, United States midfielder Tyler Adams snatched victory with a deflected shot from outside the box to set up a semi-final clash with Paris St Germain.

The German side had taken the lead in the 51st minute with a header from Spanish forward Dani Olmo but a disjointed Atletico were shaken into life when record signing Joao Felix came off the bench, earning and scoring a penalty to level in the 71st.

Atletico, runners-up in 2014 and 2016, looked more likely to score the next goal but it was the club founded only eleven years ago who were left celebrating in front of the empty seats of the Estadio Jose Alvalade.

Now the team, built up from the lower leagues and owned by energy drinks company Red Bull, will come up against Neymar and company with a chance at a place in the Aug. 23 final.

As with all games in this 'final eight' mini-tournament, there were no fans to witness the drama but it was clear from the outset that Leipzig felt at home among European football's elite.

They fired an early warning shot when Marcel Halstenberg was picked out at the back post but his difficult volley flew off target.

Atletico responded with Yannick Carrasco bursting in from the left and firing goalwards but Leipzig keeper Peter Gulacsi reacted well to push the effort wide.

Julian Nagelsmann's side quickly settled though into the brand of attractive passing and movement that has earned them many admirers.

Kevin Kampl was busy in the centre of midfield and left wing back Angelino was enjoying plenty of space down the flanks but it was the performance of French central defender Dayot Upamecano that was the most impressive.

Solid defensively, taking care of Atletico's over-isolated striker Diego Costa, he also had the confidence to bring the ball out of the back and be the starting point for Leipzig's moves.

It was impossible not to wonder how different the game might have been if Leipzig had not sold their top scorer Timo Werner to Chelsea in June, given the lack of a real threat in attack.

But six minutes after the interval, they found a way through - Marcel Sabitzer's cross from the right was met by Olmo, the Spaniard's angled header flashing past Jan Oblak and into the far, bottom corner.

The goal prompted Atletico boss Diego Simeone into a change, with Felix, the 20-year-old Portugal international and club record signing, introduced in the 58th minute.

The move paid off when Felix glided into the box and was brought down by an ill-timed tackle from Lukas Klostermann for a penalty.

Felix hasn't had the most impactful of debut seasons but he had the confidence to get to his feet and bury the spot kick to get the Spaniards back on level terms with 19 minutes left.

Atletico sensed the momentum had shifted and they pushed forward in search of a winner, which looked the more likely outcome, possibly in extra-time, as Leipzig struggled to regain control of the game.

But with two minutes of normal time remaining, substitute Adams tried his luck with shot from outside the box, which deflected off defender Stefan Savic and beat the wrong-footed Oblak.

Atletico piled on the pressure but Leipzig had the belief and the fortitude to hold on for their most famous victory.