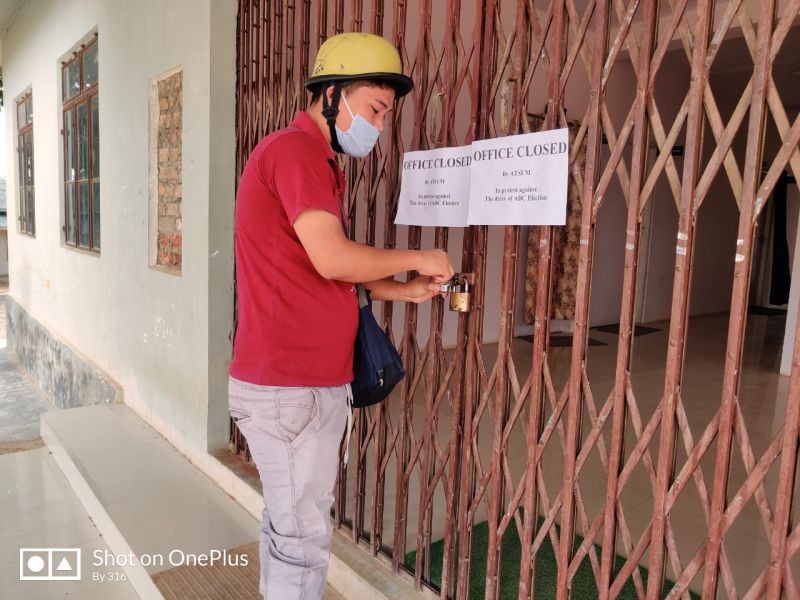 The functioning of government offices in the hill districts of Manipur was severely affected due to the picketing on Monday by All Tribal Students’ Union Manipur (ATSUM).

ATSUM, the apex tribal students’ body of Manipur has been protesting against the delay in conducting elections to the Autonomous District Councils (ADCs).

Amid office picketing, ATSUM leaders stated that they held a meeting with the state government representatives on Monday but it failed to cut ice. “We will continue with our agitation,” stated ATSUM leaders. ATSUM plans to hold mass rallies followed by other forms of agitation, it informed.

The union leaders reiterated that they were “perturbed with the state government’s apathy attitude” towards the ATSUM charter of demands which were agreed for materialisation by both parties in its parley held on August 3, 2019, and the state government’s deliberate act of paralysing the grass root level democratic institution of the hills by procrastinating the Autonomous District Council elections against the two Memorandum of Understanding (MoUs) dated November 4, 2020 and March 14, 2021, signed between the State government and ATSUM, and demanding issuance of  notification for General elections to Autonomous District Councils, ATSUM has resolved to resume agitation from April 5, 2021.”