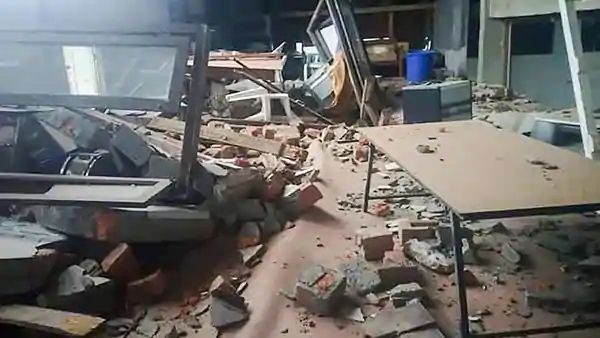 Debris inside a damaged building, after an earthquake (PTI)

Tremors were felt in the entire region, including neighbouring Meghalaya and northern parts of West Bengal, they said.

The quake hit Sonitpur district at 7.51 am, they added.

Most parts of the region felt the impact of the massive earthquake as people ran out of their homes and other places in panic.

Many buildings in Tezpur, the district headquarters of Sonitpur, Guwahati and other places developed cracks.

Detailed reports are awaited regarding casualty.