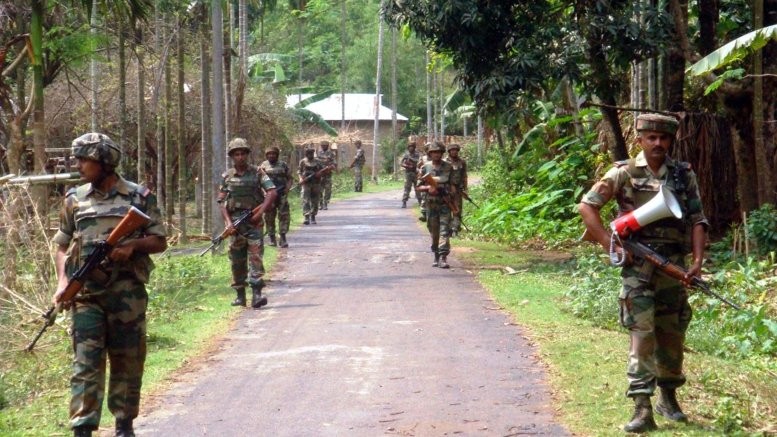 Aizawl/Guwahati, October 31 (IANS): As the blockade on National Highway 306, the lifeline of Mizoram, entered the fourth day on Saturday, the Mizoram government ferried fuel and cooking gas from neighbouring Manipur and Tripura. The fresh deadlock at its border with Assam has been continuing since Wednesday despite a series of top level meetings, officials said on Saturday.

In Guwahati, Assam Minister and senior Bharatiya Janata Party leader Himanta Biswa Sarma said on Saturday that solving the vexed inter-state border disputes of Assam with other northeastern states is top of the agenda for the party.

He said the Central government would take up the issue after the Assam polls that are five to six months away.

Mizoram's Food, Civil Supplies and Consumer Affairs Minister K. Lalrinliana said that two trucks have been sent to Manipur to bring LPG cylinders and five more oil tankers are being sent to the state.

The department's Director Lalhriatzuali Ralte said that with the help of Indian Oil Corporation Ltd, similar efforts are on to bring transport fuel and LPG from Tripura.

A senior official in Aizawl said on Saturday that Bhalla urged both Assam Chief Secretary Kumar Sanjay Krishna and his Mizoram counterpart Lalnunmawia Chuaungo to take steps to withdraw security personnel from the inter-state border.

While the Assam Chief Secretary said that he has instructed Cachar Deputy Commissioner (DC) Keerthi Jalli to ensure that the blockade is lifted, the Mizoram Chief Secretary informed that a few policemen deployed along the border would not be withdrawn till people on the Assam side stopped the activities that could "harm public harmony and create panic".

The inter-state border trouble resurfaced after a fortnight on Wednesday along Assam's Cachar and Karimganj districts, which share mountainous borders with two Mizoram districts Mamit and Kolasib.

The DCs of Karimganj and Mamit districts and Cachar and Kolasib districts were to hold separate meetings in Assam on Saturday but the first meeting that was held proved to be inconclusive, while the Kolasib DC did not turn up for the meeting.

Karimganj DC Anbamuthan M.P. after the meeting said that Mamit DC Lalrozama categorically told the meeting that they would not withdraw their forces from Assam.

Due to the National Highway 306 blockade at Lailapur (in Cachar district), around 200 Mizoram bound goods-laden vehicles are stuck while around 100 Assam bound vehicles from Mizoram returned to the state.

Also, the agitators in southern Assam refused to call off their blockade - now into its fourth day - of National Highway 306, seeking withdrawal of security personnel from Assam's territory.

Mizoram Home Minister Lalchamliana said that his government would not withdraw its forces from the state border with Assam till normalcy returns.

Lalchamliana's announcement came nine days after senior officials of the two neighbouring states held a series of meetings and the Mizoram government officials, according to the Assam government, reportedly agreed to withdraw their forces gradually from Assam's territory.

Assam's Additional Director General of Police, Law and Order, Gyanendra Pratap Singh, who had reached southern Assam, held a series of meetings to normalise the situation.

Festering since October 9, the situation along the 164.6-km Assam-Mizoram border took an ugly turn when around 20 shops and houses were burnt and over 50 people sustained injuries in the attacks and counter-attacks by people on either side on October 17.

Before the current standoff Union Home Ministry Joint Secretary (North East), Satyendra Kumar Garg had visited southern Assam and Mizoram earlier this month and held meetings with the Home Secretaries of Assam and Mizoram where it was agreed that both sides will maintain the status quo and hold regular talks to prevent any untoward incident. 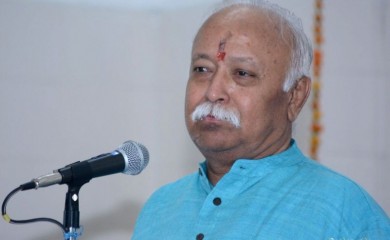 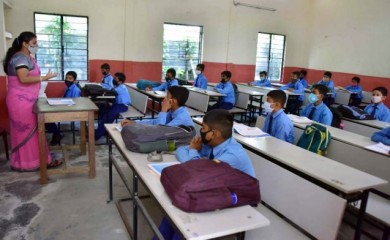