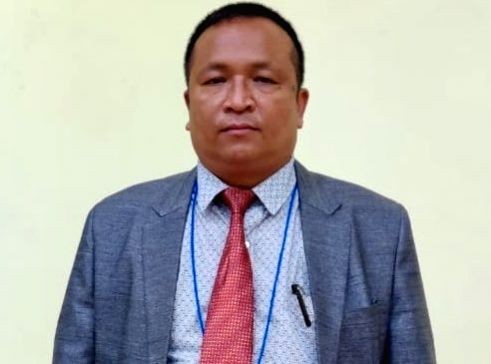 AIZAWL/NEW DELHI, MARCH 16 (IANS): The Rajya Sabha MP from Mizoram, K. Vanlalvena, on Tuesday urged the Union Ministry of Home Affairs (MHA) to consider the plight of the people protesting against the military rule in Myanmar and relax its policy towards Myanmar refugees crossing over to India.

An official release said that raising the issue at the Zero Hour in the Rajya Sabha, Vanlalvena informed the House that over 300 Myanmar nationals who have crossed the border are currently taking shelter in Mizoram, of which about 150 are police personnel.

The release said that the state government and NGOs in Mizoram have been providing immediate help and shelter to these refugees.

Meanwhile, the MHA had recently given directions to the chief secretaries of four northeastern states -- Mizoram, Nagaland, Arunachal Pradesh and Manipur -- sharing borders with Myanmar to not entertain Myanmar refugees. It also instructed Assam Rifles to seal the border and prevent entry from the neighbouring vountry, the release said.

Vanlalvena told the House that it would not go down well with the people in Mizoram if the Central government insists on deporting these refugees, who belong to the Mizo ethnic tribe, and it is not possible to deport them until the situation in Myanmar improves.

"Being the largest democracy in the world, it is the responsibility of India to encourage and support any struggle to protect and uphold democratic rights and principles. With the whole world watching, India should come forward to extend its helping hand to protect the Myanmar refugees," the official release said.

Vanlalvena, who is also a senior leader of the ruling Mizo National Front (MNF), told IANS over phone from Delhi that he also met Vice-President and Rajya Sabha Chairman M. Venkaiah Naidu and sought the Central government's intervention for restoration of peace in coup-hit Myanmar.

Last week, the Union Home Ministry had asked four northeastern states which share borders with Myanmar to take appropriate action to check the influx of refugees from the trouble-torn nation.

A Mizoram government official said that the Deputy Secretary (NE), MHA, Krishna Mohan Uppu, in his March 10 letter to the chief secretaries of these four states and the Director General of Assam Rifles had asked them to sensitise all the law enforcement and intelligence agencies for taking prompt steps in identifying illegal migrants and initiate their deportation process without delay.

Uppu said that the Ministry's Foreigners' Division had also issued instructions to the chief secretaries on February 28 for asking law enforcement and intelligence agencies to take prompt steps for identifying illegal migrants, their restrictions to specific locations as per provisions of law, capturing their biographic and biometrics particulars, cancellation of fake Indian documents and legal proceedings, including initiation of deportation.

The letter, available with IANS, reiterated that the state governments and UT administrations have no power to grant "refugee" status to any foreigner and India is not a signatory to the UN Refugee Convention of 1951 and its 1967 Protocol.

Mizoram Home Minister Lalchamliana, in a statement in the Assembly last week week, had said that the state government has been providing relief and shelter to the people who have entered the Indian territory from Myanmar.

He said that the state government has sent a detailed report about these people to the Union Home Ministry and is waiting for the Centre's advice on how to deal with them.

Myanmar's Falam district authorities last week requested the Deputy Commissioner of Champai district in Mizoram to send back their eight police officers, who had crossed into Mizoram since March 3.

Meanwhile, the National Campaign Against Torture has asked the National Human Rights Commission to process the asylum/refugee claims of the Myanmar refugees who have fled following the coup.

NCAT coordinator Suhas Chakma urged the NHRC to direct the government not to forcibly repatriate any refugees until their claims have been assessed by the NHRC and further to extend humanitarian assistance to them.

A one-year state of emergency has been declared in Myanmar where power has been transferred to Senior General Min Aung Hlaing after President U Win Myint and State Counsellor Aung San Suu Kyi were detained by the military on February 1.