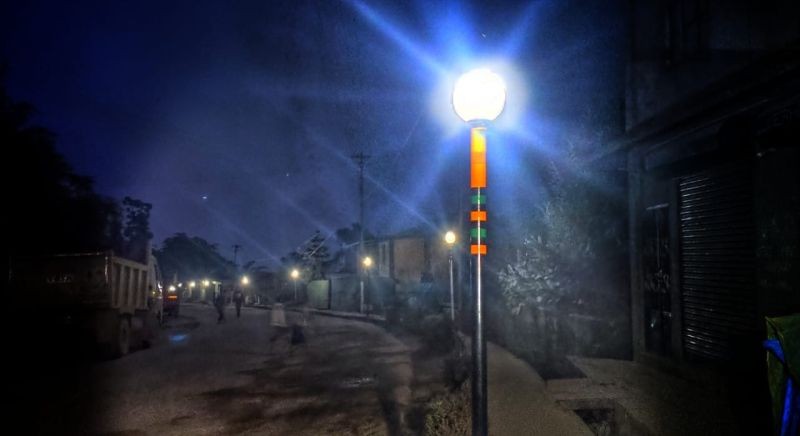 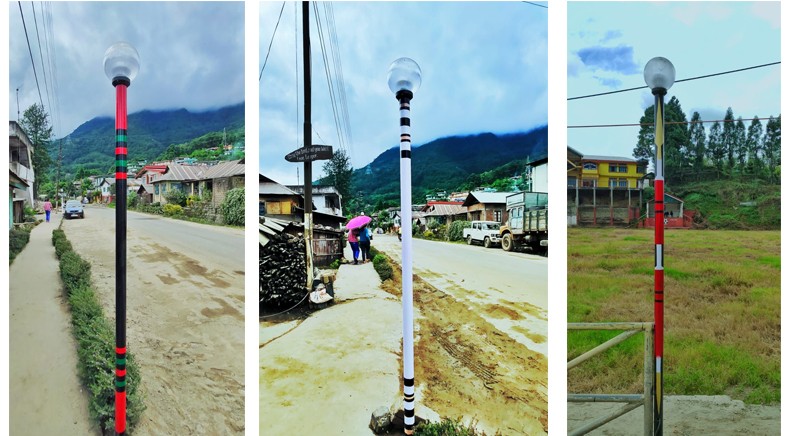 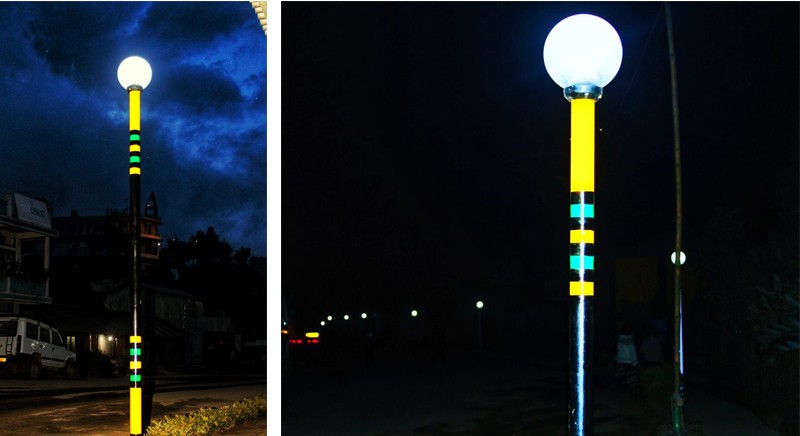 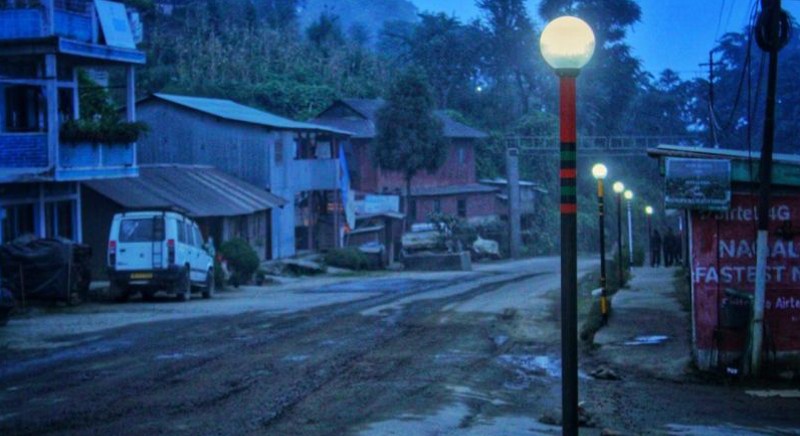 The Brighter Khuzama project was completed after almost two months since the initiative to brighten the streets of the village was taken up by the Khuzama Students' Care Union. (Morung Photo)
Morung Exclusive
17th September 2020

The National Highway-2 which runs through the heart of Khuzama village in Nagaland is now all lighted up, thanks to the 'Brighter Khuzama', initiative undertaken by the Khuzama Students' Care Union (KSCU).

Painted in traditional Angami shawl motifs, the street lamps, 23 in total, are brightening the streets of the village after almost two months of hard physical labour and personal engagement of the KSCU members.

Speaking to The Morung Express, Keseto Thakro, the man behind this initiative, said that at present, about 550 watts is being generated to power the 23 street lamps along a stretch of 600 metres.

The street lamps are eight feet tall and painted in traditional Angami shawl motifs to showcase the rich traditional attires of the Angami Naga tribe, he informed.

"Many people have appreciated our initiatives for setting a good example, and we are more than satisfied with what we could achieve thus far" said Thakro.

With the successful completion of their project, the KSCU thanked all sponsors and individuals who extended financial, material and physical help.

It further informed that an amount of Rs 85000/- was spent on this particular project.

The union also extended its appreciation to Nagaland Empowerment of People through Energy Development (NEPeD) Dimapur for donating a hydroger (mini hydro generator) towards the project.

It may be mentioned that the union has undertaken this project to promote and harvest the use of clean and renewable energy by providing community street lights and lamps along the National Highway.

The street lamps are being powered by electricity produced by the Mini Hydro power plant at Mewoboke River.

Sharing plans for the future, Thakro said that the Union is contemplating the use of water energy to produce jet water for different purposes like car servicing, water fountain and even wind and solar energy.

He also mentioned that since the water sources in the streams are seasonal, the bigger project is to construct a water reservoir at the present site so that it could run even during the dry season.

The union expressed hope that its dream of optimum utilization of green energy would materialize in the near future.