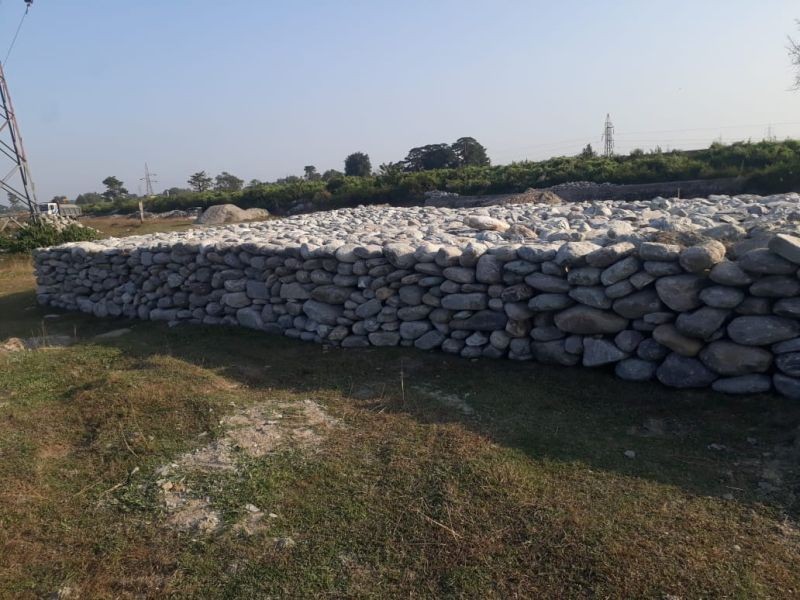 An embankment built by the Northeast Frontier Railways near the rail tracks.
North-East
29th June 2020

Maligaon, June 29 (MExN): With the onset of monsoon, the NF Railway has taken precautions to deal with any kind of untoward incident.

A press release from the NFR informed that it has already deployed personnel and material for the safety of more than 6400 km of railway tracks spreading over parts of West Bengal, Bihar and the north-eastern states like Assam, Tripura, Manipur etc under the jurisdiction of NF Railway.

It added that the NF Railways in particular finds it difficult during this season as its serves a difficult terrain close to foothills of the lower Himalayan ranges.

For this, the NFR has formulated a detailed strategy for the safety of railway tracks. As part of preparations before the monsoon collection of materials at sensitive places, cleaning drainage systems, cleaning of waterways of bridges, marking danger levels in bridges etc. have been completed.

While all preventive measures have been taken, NFR has also deployed patrolling teams to continuously watch more than 6400 Km of tracks in its jurisdiction for any defect that may arise due to heavy rainfall.

Around 815 patrol teams, each consisting of two patrolmen have been deployed to keep the railway tracks safe. This team patrols the track on the basis of rainfall alert issued by the Meteorological Department. These patrolmen are equipped with the latest and state-of-the-art equipment i.e. GPS tracker, luminous jacket, raincoat, and separate waterproof trousers, safety helmet, safety shoe high, powerful search/ flashlights etc. The team is on full track patrol round the clock.

Mobile phones have been made available with each patrol team to provide information to the nearest station about any situation that may affect the normal movement of trains. In addition to patrols, stationary watchmen have also been appointed on sensitive areas i.e. sites prone to landslides, bridges where water is flowing near danger levels etc.

Sometimes, bridges are swept away, embankments are broken and landslides occur despite the adoption of all precautionary measures. To address such a situation, materials like boulders, sand, sandbags, various bridging equipment are kept ready both on the ground and loaded in wagons at important places to cope with such situation and in the least possible time for restoration work.