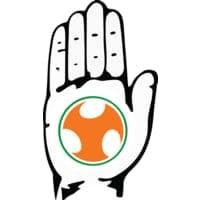 A press release from Vilhousielie Kenguruse, NPYC President questioned the Centre “where are the 2 Crore jobs promised by Prime Minister, Narendra Modi during 2014?” It said that under this government, “unemployment rate is the highest than it has ever been in 45 years.”

“2 out of every 5 young Indian are unemployed with no access to education or training. UN reports 3.40 per cent of Indians aged between 20 and 34 are not in education, employment or training,” the NPYC stated.

It further stated that according to the Centre monitoring Indian economy, 5 crore people have been unemployed in the last 5 years and 41% of people aged between 15 and 29 were unemployed in May 2020.

Questioning the Prime Minister’s silence on this issue, the NPYC said that more unemployed persons committed suicide in 2017- 2018 than farmers, and the toll has crossed 24,000 as per the National Crime Record Bureau. It further stated that “demonetization and failed GST is a disaster to the nation and it increased unemployment.”

The NPYC also said that unplanned lockdown is “another pandemic to the middle class and common people,” while it has also increased unemployment.

60 years of IYC
Meanwhile, the NPYC President extended greetings to Indian Youth Congress on celebration of its 60th foundation day. “Today is a historic day for us because 60 years ago in the year 1960, on this very day the Indian Youth Congress was established so I take great pride and honor to pay attribute to the pioneers and the senior leaders of IYC,” he added.

He appreciated the Indian Youth Congress “who stood with the Indian youth in all the circumstances faced by the youth of today.”

“Being the oldest party in the history of India, it is our responsibility to act resiliently to give what our youths rightfully deserve. We are the voice of the voiceless and though numerous challenges and dilemmas arise, we should walk every milestone and make a breakthrough for the country,” Kenguruse said.

He stated that the foundation day also marks the “toughness of our past leaders through the years.” He urged youth Congress workers to let this special occasion remind them to do their part not just to preserve the legacy of the Congress party but surpass it.