NSF optimistic on implementation of NSSB 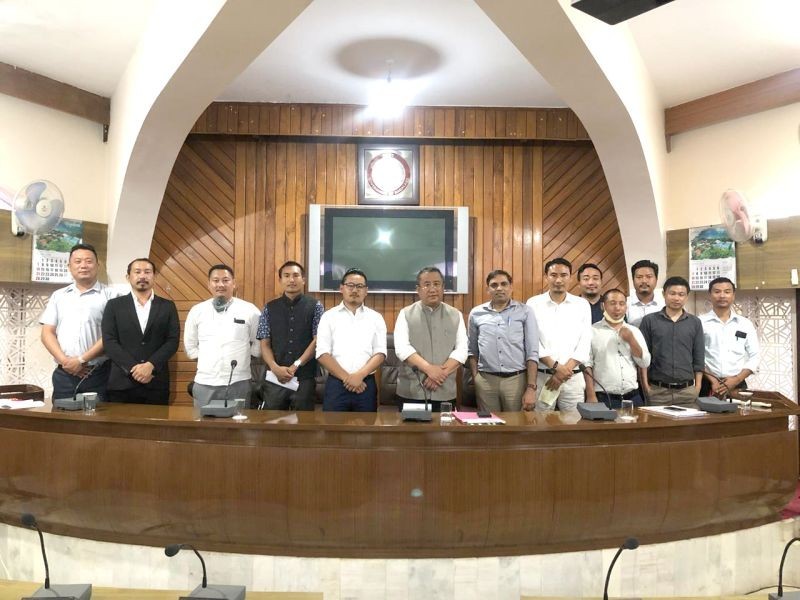 State Chief SecretaryTemjen Toy with NSF and ENSF officials during the meeting held in the Secretariat Conference Hall on July 1 in connection with Nagaland Staff Selection Board (NSSB). (File Photo)
Nagaland
3rd July 2020

Kohima, July 3 (MExN): The Naga Students’ Federation (NSF) expressed optimism that the Nagaland Staff Selection Board (NSSB) would be implemented in letter and spirit.

The NSF Media Cell issued a statement on Friday stating that the Nagaland State Government led by Chief Minister Neiphiu Rio and his Council of Ministers has finally approved to set up the Nagaland Staff Selection Board (NSSB), thus realizing the long cherished dream of thousands of aspiring students in the state to equal job opportunity and meritocracy in the process of selection.

The Federation reflected back on the past when Department of Public & Administrative Reforms (P&AR), Government of Nagaland, first forwarded its recommendation on NSSB to the state Cabinet Council in 1995, followed by ACAUT and PSAN. However, due to the weak political will of the time, the same could not be materialized, it said.

It said the journey of the NSSB, since inception has been a difficult path, one filled with many challenges and disagreements along the way, however, through the collective efforts of all the past leaders and the present, the aspirant student community, the concerned citizens and with the sincere commitment and political will of the present state government, the hard labour has come to fruition today.

The NSF also recalled and acknowledged all men and women who have shouldered the responsibility in the past by carrying forward the aspiration and collective dream of a future built upon the foundation of equality and meritocracy.