Of Shelley, Covid and bringing Italy and India closer

New Delhi, September 12 (IANS): Percy Bysshe Shelley was a poet of the Romantic era who had inspired Mahatma Gandhi. Now, his 'Ode To The West Wind' written two centuries ago, Covid-19, an Italian director and an Indian producer have come together for "Human O.A.K.", a short film that is "absolutely poetic, something delicate, something that speaks about the pandemic but in a gentle way".

The film "could only be thought and realised in the lockdown period. If there had not been the Covid-19 I would never have thought (of it) and shot it. I wanted to do something absolutely poetic, something delicate, something that spoke about the pandemic but in a gentle way. Because in such tragedies like the Covid-19, the affections of people who love each other and their possible loss, are the most important thing of all," the director, Ulisse Lendaro, told IANS in an email interview.

"I wanted to start from a poem that was possibly related to a pandemic. I read 'Ode to the West Wind' by Shelley, all his biography and his connections with India, with Mahatma Gandhi and Rabindranath Tagore. So I immediately felt the strong need to talk about this idea with my friend and producer Jitendra Mishra who gave me a lot of good advice about the mood of the film.

"It was an exchange, a continuous flow of energy and ideas. I started to write because I could 'see' the film. And so naturally we decided to co-produce this film," Lendaro explained.

"Human O.A.K." is the story of a new type of humanity. The story of a child who, in the time of a sunset, becomes a girl, forced to quickly leave behind the life she had before everything changed, the memory of her mother with whom she used to play and their poems that now sound like an omen. In an abstract, melancholic present, drenched in nature, this little girl continues her journey until she reaches a large oak tree.

There, among books hung to mature, she meets another child, a little boy. Maybe they already knew each other. Among visions of a recent past, memories, and nature, life is renewed for all humanity.

How did the title evolve?

"Human life is like the life of an oak tree. The west wind in autumn comes every year and takes out all the leaves of the tree but the tree stands tall to sprout new leaves again in spring next year. Humanity has always emerged stronger after such pandemic each time. This poetic film is a portrayal of change and hope for a new better life," said producer Jitendra Mishra. His most recent production, "The Last Color" directed by Michelin-starred Chef Vikas Khanna, starring Neena Gupta, has already been selected in more than 50 international film festivals and received more than 15 different awards as of now.

The objective, he said, was to create a positive environment amongst the global film industry (between him and Lendaro, between Italy and India) "when everyone was getting negative because of the uncertain pandemic, to bring hope for others by making an international co-production possible even if we are sitting thousands of miles away and fighting against this dreadful situation".

What was it like shooting amid the pandemic with its restrictions et al?

Lendaro was with his family in the mountains, on the Dolomites, not far from Vicenza, when Covid-19 erupted. He understood immediately that a long period of confinement was about to begin and so the family decided to retire to their country house, just outside Vicenza.

"We had three in the cast (including former Miss Italia Anna Valle) to shoot with and we did it with a very limited crew because of the social distancing norms of the Covid-19 lockdown. The entire film was shot outdoors and in a remote location outside the city, except for a few montages. That is the reason we didn't face many challenges I believe.

"The only challenge was to have done a great job with a very small crew. The costume designer, for example is the Pluri-award-winning and talented Massimo Cantini Parrini, with whom I have worked at a distance via Skype: he was in Rome and I was in Vicenza. We - me and Jitendra - made a great post-production job of the film," Lendaro said.

What are the plans for releasing the film and for future collaborations?

"We are planning to do the festival round in the next two months. We have been invited and have already finalized a few festivals but can't reveal the names due to the non-disclosure agreement with them. We are planning to release it worldwide on a premium OTT platform by end of this year.

"After this successful benchmark, of course, we are planning to make a feature-length film together that we will announce separately soon," Mishra said.

What's the connection with Mahatma Gandhi?

Shelley's ideologies of non-violence and vegetarianism were followed by Mahatma Gandhi, who would often quote the poet's "The Masque of Anarchy", that has been called "perhaps the first modern statement of the principle of non-violent resistance".

"Shelley's eagerness for vegetarianism is connected with India. In 1812 he was converted to vegetarianism by his friend John Frank Newton, who had himself been converted while living in India. Shelley wrote 'Ode to the West Wind' in 1819 near Florence. It was originally published in 1820 by Charles in London as part of the collection 'Prometheus Unbound'. Shelley wanted his message of reform and revolution spread, and the wind becomes the trope for spreading the word of change through the poet-prophet figure," Mishra elaborated. 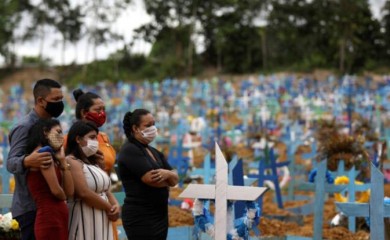 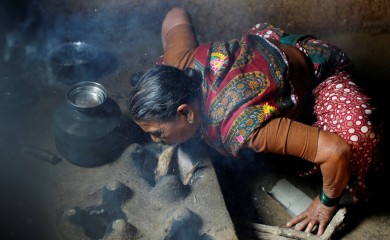