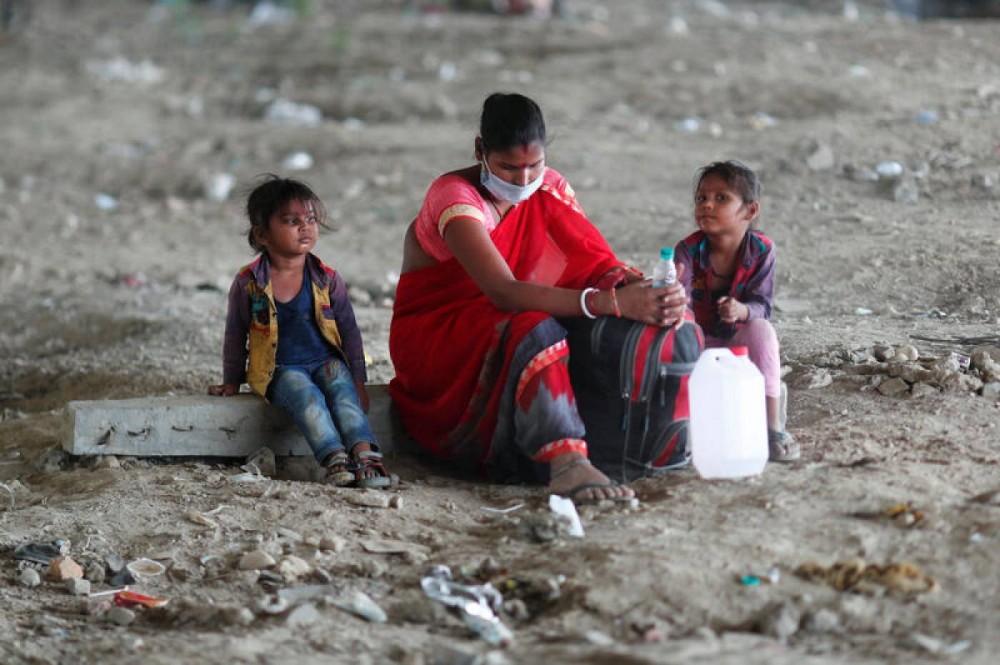 A migrant worker sits with her children as they wait to cross the border to their home state of Uttar Pradesh during a nationwide lockdown to slow the spread of the coronavirus disease in New Delhi, India, May 17, 2020. REUTERS/Adnan Abidi
Featured News
17th July 2020

As countries bolster economies battered by the pandemic, more land may be privatised

WASHINGTON, July 17 (Thomson Reuters Foundation) - From forced displacement to conflict over resources, the coronavirus pandemic has created a "perfect storm" for land rights abuses - and the situation is likely to worsen, researchers and activists warned on Thursday.

The migration of men to rural areas due to lockdowns and job losses has increased competition over land, with a disproportionate impact on woman, said organisers of a land rights webinar.

In Brazil, for example, vulnerable groups like widows and indigenous people are being forced to give up their land - sometimes even by neighbours, said Patricia Chaves, director of Espaco Feminista, a Brazilian charity.

"The pandemic has increased and deepened the problems of (land and housing) informality ... posing a huge threat to women's land rights, indigenous land rights, the Black population," she added.

As countries bolster economies battered by the pandemic, more resources may be privatised, hurting rural communities who often do not have formal titles, according to the Oakland Institute, a think tank.

National economies are crumbling at the same time that governments are stretched thin and citizens have greater needs, said Diana Fletschner, a senior director at Landesa, a U.S.-based nonprofit. ​

"It's a perfect storm," she told the Thomson Reuters Foundation, noting the context creates "an opportunity for all stakeholders to sidestep good guidelines".

"We've heard from partners in Latin America that governments that are sapped for resources are going to rely more heavily on extractive resources," she added.

"That would have implications for land rights, whether and to what extent they would defend the rights of those who depend on those lands for their livelihoods."

While nearly every country in 2015 adopted global development goals that included several key aims around land access, progress has been lagging, Fletschner said.

On Thursday in New York, the United Nations wrapped up an annual review that included focus on all of the land-related development goals.

"The reality is that there's not much activity" in responding to the land-related goals, said Fletschner.

There have been some bright spots, she said, including new focus on gender equality in Bangladesh, key titling programmes in Ecuador and Honduras, and a major land rights act passed in Liberia.

But even these are nascent moves, and "the vast majority have taken little to no action", she said.

"Land should be included in the long- and short-term policy agendas of the post-COVID-19 recovery," he said, urging that land-based communities be included in government stimulus packages.