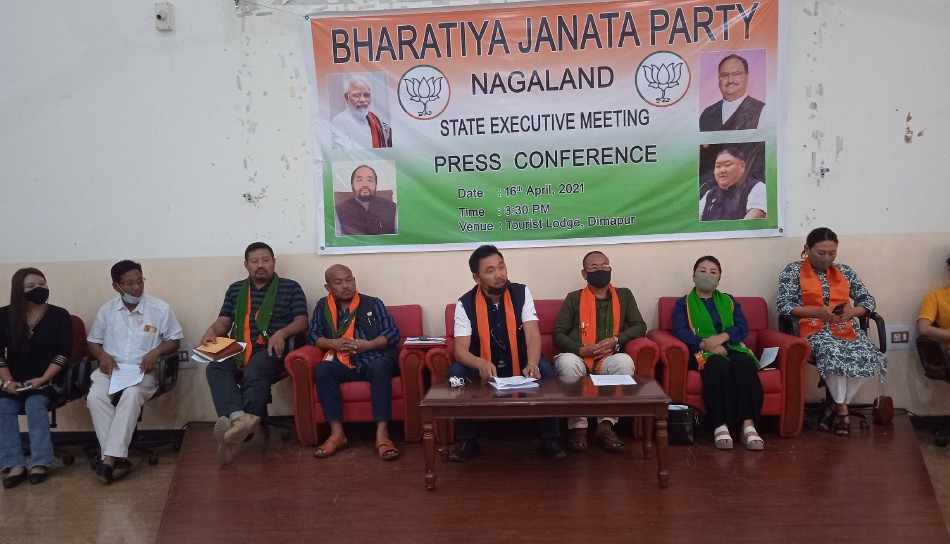 Even as the state BJP leadership issue has been evolving from time to time, the party has reiterated that “the issue has been resolved peacefully” admitting that there had “some misunderstandings from the district set ups in the past.”

State BJP General Secretary (Admn), Khevishe Sema told pressmen during a press conference at Tourist Lodge, Dimapur on April 16, “there is no more issue within the party.”

On the issue of Naga political issue, he expressed confidence that it would be resolved sooner or later by the BJP government.

State Bharatiya Janata Mahilla Morcha, President, Phangnon Konyak maintained that there was “good coordination” between the state and central party leaders and that the central leadership takes into account the concerns of the local issues in the state and issues directives accordingly.