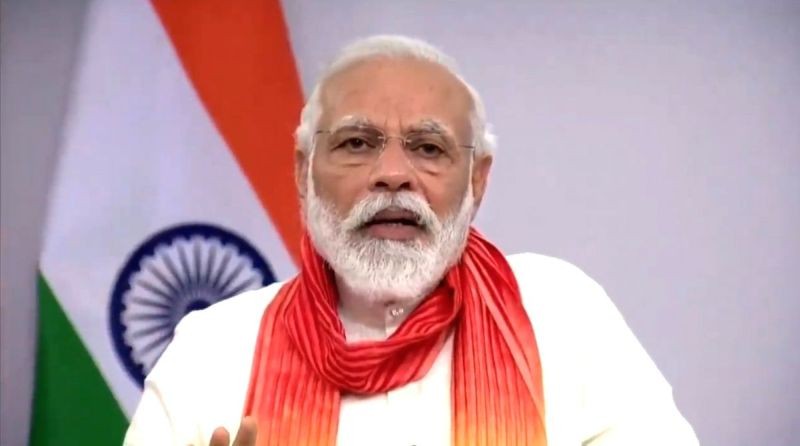 AGARTALA, MARCH 9 (IANS): Prime Minister Narendra Modi on Tuesday said that the eastern and northeastern regions of India, along with Bangladesh, are being developed as a trade corridor.

Addressing a gathering virtually from Delhi via video-conferencing, the Prime Minister said that infrastructure for developing road, rail, airways and waterways has been developed and new projects launched to develop the eastern and northeastern region of India along with Bangladesh as a trade corridor.

"With the development of the varied infrastructure, economic opportunities would increase to a large extent not only in eastern and northeastern region of India but also in Bangladesh," Modi said, after inaugurating five projects and laying the foundation stones of four projects with a total investment of Rs 3,518 crore.

Of the nine projects, a 1.9-km-long bridge, built at a cost of Rs 133 crore over River Feni is the most significant venture to link India and Bangladesh by road and to access the Chittagong international sea port in Bangladesh by the northeastern states of India.

Modi said that he along with the Bangladesh Prime Minister jointly laid the foundation stone of the Feni river bridge a few years ago and today (Tuesday) was jointly opening the bridge for the traffic.

Hasina while addressing the function virtually from Dhaka said that the Bangladesh government has already announced allowing the northeastern states of India to get access not only to the Chittagong and Mongla sea ports but also the Chittagong airport.

She said: "Bangladesh had extended the necessary support to construct the "Maitre Setu". With the use of the Chittagong and Mongla sea ports, the distance between Tripura and Kolkata ports will be reduced to less than 100 km from the existing 1600 km." The Feni bridge has connected India's (southern Tripura) border town Sabroom with Ramgarh in Bangladesh. Tripura's Sabroom is 72 km by road from Chittagong sea port.

"We want to remove the entire political boundary. There should not be any political and economic barrier between us. Cross border transport system would boost the socio-economic condition of northeastern states of India. We are keen to develop our region as a prosperous one. Trade and commerce must be improved and extended to a large extent," Hasina said.

She said that Bangladesh had not forgotten Tripura's contributions, help and support during the 1971 liberation war.

Tuesday's rally and the functions were organised to mark the completion of three years of Bharatiya Janata Party-Indigenous People's Front of Tripura government in the state.