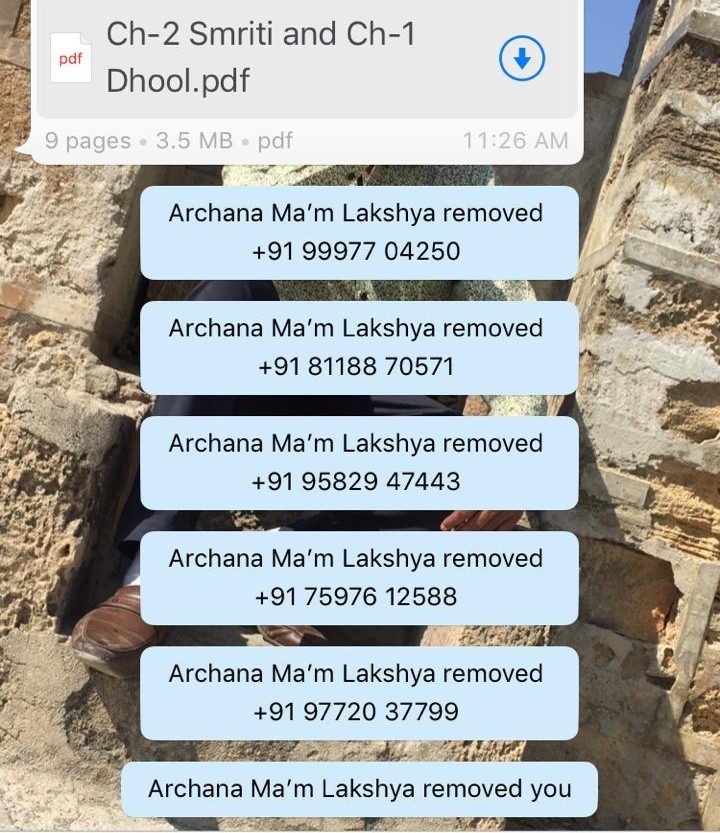 Jaipur, July 18 (IANS) Amid the Covid-19 pandemic when educational institutions are shut and are striving to complete courses online, Rajasthan schools are traumatising parents and students over non-payment of fees by blocking them from online classes and dropping them from school WhatsApp groups, flouting the state government order.

In a July 7 order, the state government said no school should demand payment of tution fees till they remained closed due to Covid-19 and no students be declined access to education over it.

However, many schools are flouting the order, and are calling parents and taking action against students over the fee issue.

Speaking to IANS, Sunil Yadav, president of the All Rajasthan Private School Parents Forum, said many parents had reached out to them complaining how schools were tormenting children by dropping them from class WhatsApp groups and online classes.

Sharing screenshots with IANS, he said, "Ryan International School has dropped many students because their parents couldn't make payments during this tough time. Students are also being prevented from attending online classes."

When IANS spoke to Ryan International School, Sharon, admission in-charge, said, "We have taken action against students who didn't pay last year's fees." As other school employees were not available, "I can share only this little information," she said.

But Yadav said the action had been taken in connection with the current academic year.

Several parents shared similar stories of the school's high-handedness as well as open flouting of the state government order.

Lalit Sharma, father of a student, said the government should either declare this academic session as zero year or online year and set the fee accordingly.

The parents group of Jaishri Periwal School, another prominent school, tweeted: "Kids don't remember what u taught them, they only remember how u made them n their parents feel during difficult situations."

A father of a student of this school said his child had been dropped from the WhatsApp group. Later on request, he was reconnected. "Teachers said it was a technical glitch. However, we, parents, don't know if it was a deliberate action or an accident. Our kid was quite embarrassed," he said.

A mother of a student of the same school, said, "Educators, instead of teaching, have got a new role -- emotionally attack a child over fee. Didn't expect this." She also tagged this to Jaishri Periwal, chairperson of the Jaishri Pariwal Group of Schools.

She also shared a screenshot of a chat where a teacher is reminding the student about payment of Rs 1.56 lakh fee.

Lokesh Murlidhar, father of a student of Jaishri International School, said, "Being accredited to International Baccalaureate (IB), it's charges are high compared with other schools. The charges around Rs 3 lakh for primary, Rs 6 lakh for middle and Rs 10-12 lakh for senior school."

Parents, according to Murlidhar, have decided to form a committee and send a legal notice to the school management. If they don't reply, the parents will move the court. Surprisingly, the school had set dates of examination, which were held in October, in August, only to put pressure on parents to pay fees or else their wards be barred from examinations, he added.

"Teachers are also threatening parents and students during online classes and are embarrassing them over non-payment of fees," Murlidhar said.

When the issue was brought to the notice of Dotasara, who replaced Sachin Pilot as the state Congress chief, he told IANS to share with him the WhatsApp screenshots. He promised to "look into it and revert asap".

IANS shared the screenshot at 2 p.m. on Saturday.

However, till the time of filing of this report, he didn't revert.