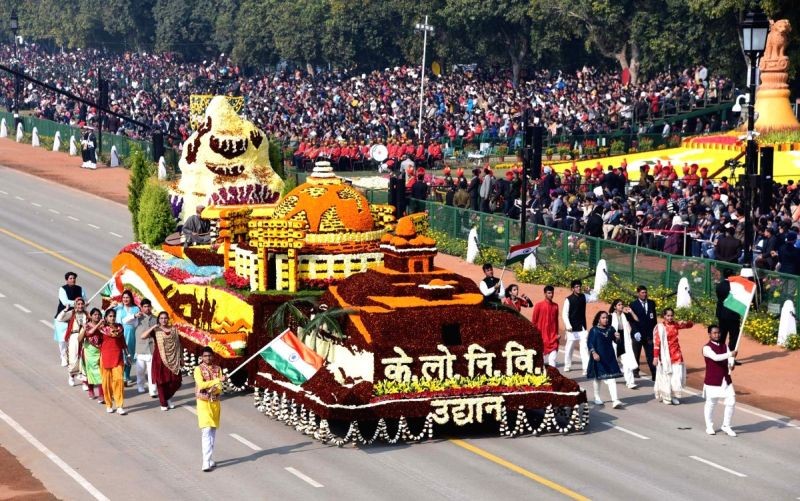 The number of participating children and folk artists have been cut down to 400 this year, compared to more than 600 last year, in view of the Covid-19 restrictions.

'Vision for a Self Reliant India' is the theme of Mount Abu Public School, Delhi and Vidya Bharti School, Delhi in which 38 boys and 54 girls will participate.

Another 127 children from DTEA Senior Secondary Schools, Delhi will show case folk dances of Tamil Nadu in their traditional attire.

A total of 80 folk artists of Eastern Zonal Cultural Centre, Kolkata will present the folk dance 'Bajasal' from Kalahandi, Odisha.

The young participants expressed their happiness to be part of the Republic Day parade. They said they were overwhelmed with a sense of pride as they have got a chance to showcase their talent before important dignitaries on Rajpath.