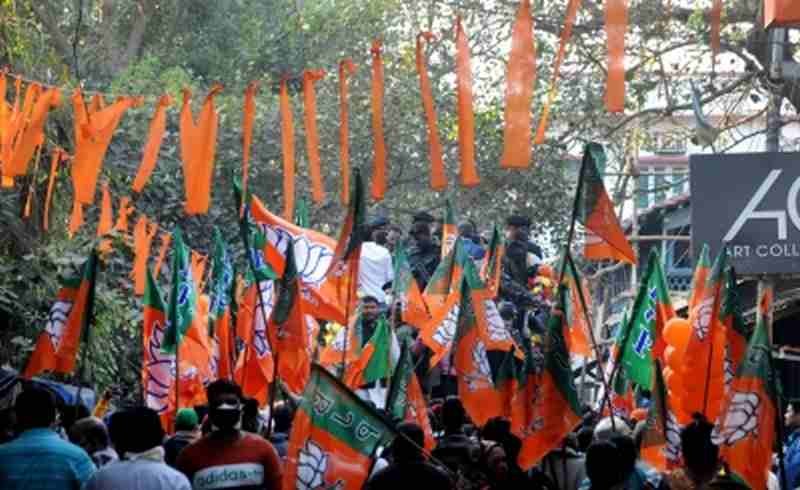 The outcome of the elections to the TTAADC is a major setback for the ruling Bharatiya Janata Party-Indigenous People's Front of Tripura (IPFT) alliance, which wrested the power in Tripura in 2018 after defeating the CPI-M led Left parties after 25 years.

According to the trends and results of the 28-member TTAADC, for which the crucial elections were held on April 6, the 'TIPRA Motha' either won or was leading in 19 seats, the BJP in six and its junior ally IPFT in two seats and a local party in the remaining one seat.

The counting of votes is underway in 16 sub-divisional headquarters across Tripura on Saturday.

Amalgamating various local tribal based parties and leaders and members of other parties, the 'TIPRA Motha' headed by Tripura's royal scion Pradyot Bikram Manikya Deb Barman was formed just a few months ago and fielded candidates in all the 28 seats while the BJP-IPFT alliance also put up candidates in all seats. Tripura's oldest tribal based party Indigenous Nationalist Party of Tripura (INPT), a former ally of the Congress, is also a partner of the 'TIPRA Motha'.

The Communist Party of India -Marxist (CPI-M) led Left Front, the Congress and other parties have also fielded candidates in the 28 seats of the TTAADC, which has a jurisdiction of over two-thirds of Tripura's 10,491 sq km area and home to over 12,16,000 people, of which 90 per cent are tribals.

Over 85 per cent of the 8,65,041 voters on Tuesday had cast their votes in the election to the TTAADC, which was constituted under the Sixth Schedule of the Constitution in June 1985 for the socio-economic development of the tribals, which constitute one third of Tripura's four million populations.

The five-year tenure of the TTAADC, considered as mini-state Assembly in terms of political significance, expired on May 17 last year and the BJP-led state government promulgated the Governor's rule by appointing a retired IAS officer as Administrator next day for a period of six months and then extending the term for another six months on November 17. After months of political tussle, the BJP and IPFT weeks before the TTAADC polls on April 6 had decided to jointly fight the elections.

The opposition CPI-M, which was governing the TTAADC until May 17 last year, has also suffered a setback in the elections as it has a strong base among the tribals since erstwhile princely state had merged with the Indian union in October 1949. The IPFT has been agitating since 2009 for the creation of a separate state by upgrading the TTAADC while 'TIPRA Motha' had recently raised the demand for a "greater Tipra land' (greater areas for the indigenous tribals).

The IPFT's and 'TIPRA Motha' demands, were however, strongly opposed by all the political major parties including the BJP, the CPI-M and the Congress. Of Tripura's four million population, one third are tribals and they played a crucial role in political affairs of the northeastern state.