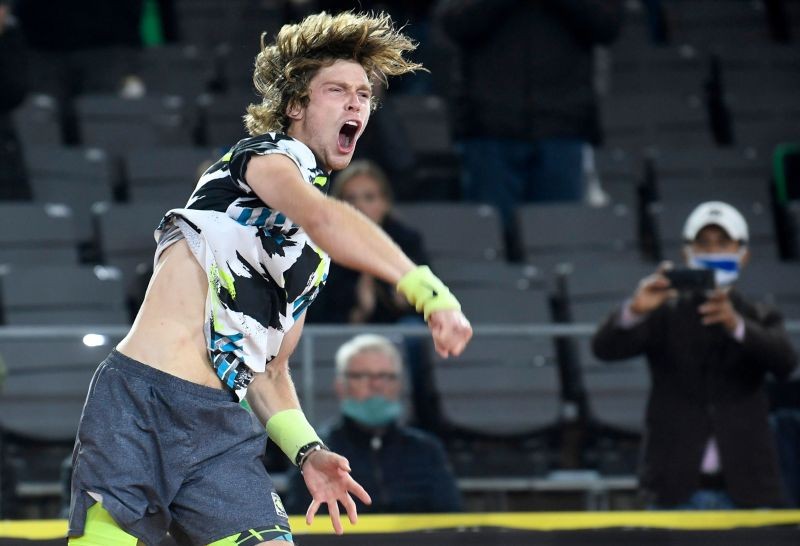 (Reuters): Andrey Rublev will arrive at the French Open having secured his third ATP title of the season after the Russian youngster defeated Stefanos Tsitsipas 6-4 3-6 7-5 in the Hamburg European Open final on Sunday.

As the year's last Grand Slam began in Paris, Rublev and Tsitsipas were almost 900 kilometres away in northern Germany, battling for the ATP 500 crown at Am Rothenbaum.

After sharing the first two sets, second seed Tsitsipas looked in control with a 5-3 lead in the decider but was denied the trophy by a late Rublev comeback.

Rublev, who lost last year's final to Nikoloz Basilashvili, ran away with the last four games of the match to become the first Russian to win the tournament since Nikolay Davydenko in 2009.

"I realised it only when they called double fault... a few seconds later I started to realise that it is over and I won. The match was such a thriller.

"I think maybe Stefanos got a little disappointed inside that he didn't make it and then at the end everything was so fast and I won."

World number 14 Rublev also lifted trophies in Qatar and Adelaide this season and only world number one Novak Djokovic has won more matches (31) and more trophies (four) this year.