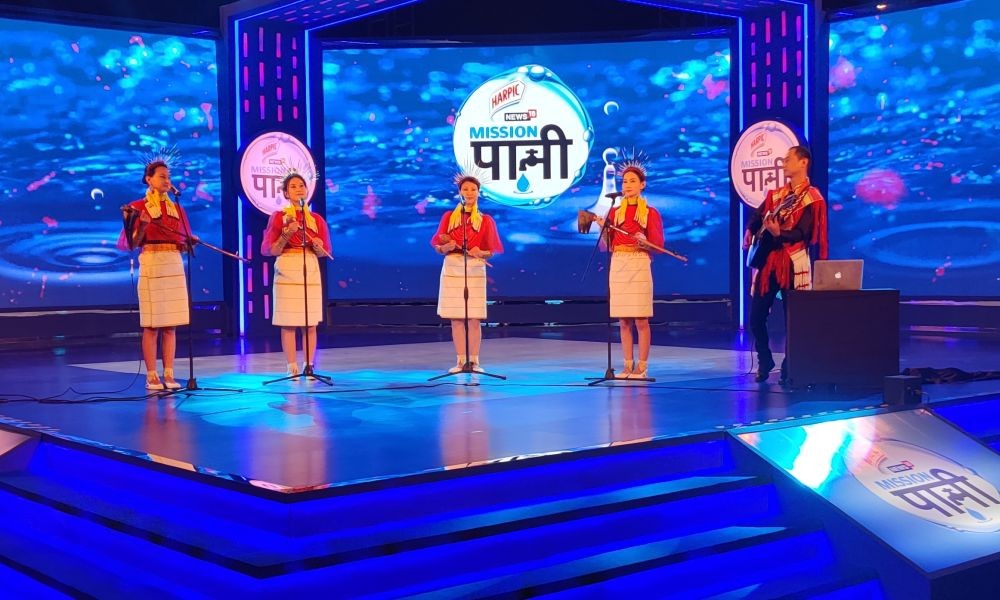 The song is a trilingual tribute in English, Hindi and Chokri Naga especially written as a tribute to the effort to save, create awareness and challenge every citizen to join the mission for conservation of water, sanitation and hygiene.

Mission Paani, an initiative by CNN News18 and Harpic India is a drive to save India’s precious water resources and make hygiene a way of life.

The Mission Paani Waterthon was LIVE for 8 hours on January 26 - a landmark occasion with a grand showcase of a social cause, that seeks to inspire a nation into action, held together much on the illustrative examples of volunteers and heroes who have made a difference.

The Mission Paani Waterthon has featured notable individual efforts to conserve water and promote hygiene, whether it’s Lt Col SG Dalvi, who has spearheaded a new movement to conserve rainwater, or Amla Ruia, who works to combat water shortage across India. Also in attendance were remarkable young activists, like Licipriya Kanjugam, one of the youngest climate activists in the world, and Naina Lal Kidwai, a banking veteran who now works to alleviate India’s water crisis.

Viewers were wholly inspired by profiles of water warriors and their efforts to conserve water and hygiene, and also entertained by the great performances lined up for the event including a masterclass in classical dance, with performances by renowned danseuse, Mallika Sarabhai, Esha Deol and many more. The event featured music by Swarathma and Indian Ocean, and Shaan including a special appearance by the campaign ambassador for Mission Paani, Akshay Kumar.

With personalities in attendance like Dr Harsh Vardhan, Union Minister of Health and Family Welfare, Laxman Narsimhan, CEO, RB Hygiene, and Gajendra Singh Shekhawat, Union Jal Shakti Minister, it was indeed a gathering of those who have the vision and the authority to lead the change.

The Mission Paani Waterthon which took place on India’s Republic Day, was broadcast live on Network18’s TV and digital channels, and can be watched on CNN News18 YouTube channel.