The refugee in us all 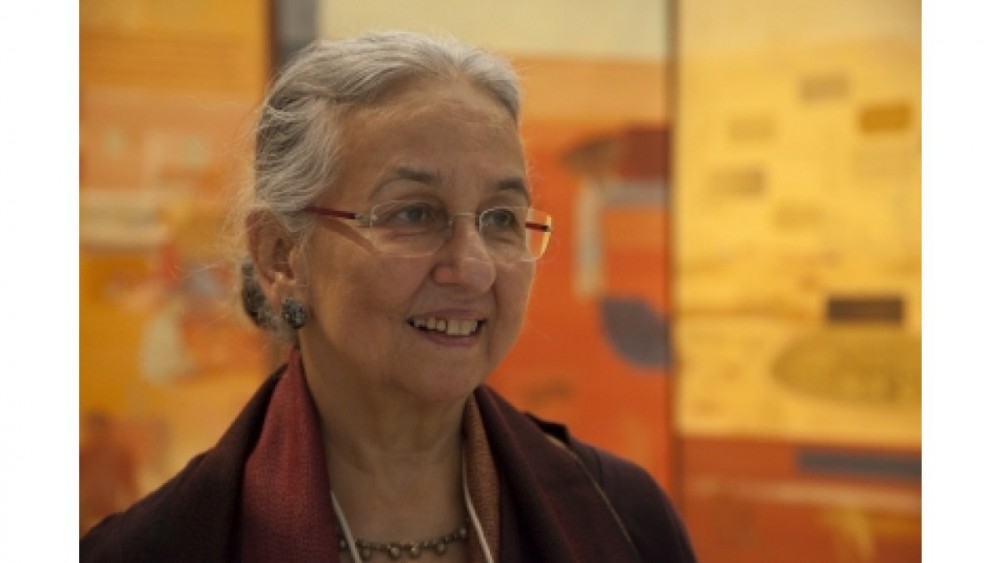 New Delhi, July 20 (IANS) The conversation starts with the quote she once used in her work -- "Who is not a refugee". The Baroda-based artist, Nilima Sheikh insists we all have experienced the feeling sometime or the other. "At one level, migration may mean newer and greater opportunities, in other instances, complete devastation," she says.

For someone, who has touched upon a multitude of themes including displacement, longing, historical lineage and femininity employing paintings of diverse sizes, large scrolls, theatre design, paper and installations, Nilima says that her engagement with migration goes back a long way and not just with her last major work -- 'Terrain: Carrying Across, Leaving Behind' at Bikaner House in New Delhi (first exhibited at documenta 14 in Kassel, Germany) wherein she composed a 16-panel tempera painting. "Many years ago, I did a series of work dealing with the Partition inspired by author Urvashi Butalia's 'The Other Side of Silence'," she tells IANS.

As the conversation veers towards Kashmir, which has fascinated the artist for a long time, she feels that the themes she explores -- migration and Kashmir feed into each other. Nilima, who would often visit the valley with her family during her childhood recalls, "We were a little more adventurous and would explore trekking routes normally avoided by tourists. I have vivid memories of the journeys there. Frankly, Kashmir has been 'there' even before it found a place in my work... the physical land and its culture. When I started work on Kashmir, I read up a lot on the place -- from British chroniclers, the mystic poets and yes, the poet Agha Shahid Ali, who became a leading force," says the artist whose work 'Each Night Put Kashmir in Your Dreams' comprising 11 scrolls had its title derived from Agha Shahid Ali's 'I See Kashmir from New Delhi at Midnight' and had textual references from Salman Rushdie's the Clown', Lal-Ded's verses and folklore from the valley.

Talk to Nilima, who shifted from oil to tempera in the 1980s, about the seeping of historical and literary references in her work and the artist, who graduated in History from Delhi University before completing her Master's in Fine Arts from MS University, Baroda adds, "My husband, Gulam Mohammed Sheikh, is an art historian and artist. We share many common interests, including visiting historical sites, museums and discovering new art. My daughter is a historian, so guess it runs in the family," she smiles.

Also known for her collaborations, Nilima was one of the founding members of 'Vivadi', an artist collective. Recalling the work she did with theatre director Anuradha Kapur, she says, "Theatre is an exciting medium. You are constantly doing things with others and everybody's work is interdependent. Interestingly, Anuradha conceived the work with art as an input right in the making. In the workshop, we as a group of people -- actors, writers, the director, created it together. This was a great formative experience for me."

Besides theatre, she has also been collaborating with a family of paper stencil artists (Sanjhi) in Mathura for almost two decades now. "They play a significant role in my work. We discuss and see images," says Nilima, who was recently in conversation with Roobina Karode, Director and Chief Curator of Kiran Nadar Museum of Art (KNMA).

The artist, who, along with Arpita Singh, Nalini Malani and Madhvi Parekh formed a women artists collective in the 1980 recalls that it started with Nalini planning a woman artists exhibition. "There was a resource crunch, also the notion of curation was not very developed in India at that time. We really did not know how to ask people to join or how to select. It was then that Arpita suggested that for the time being -- we all should just get together, discuss and travel with our works. We did that for a few years. I cannot say if that made much dent in the art field, but it certainly inspired several women artists."

Being the first artist to be chosen by curator Anita Dubey for the last Kochi-Muziris Biennale, where she presented her five-panel painting 'Salaam Chechi', dedicated to the nurses, who have once again emerged as the heroes in the this time of pandemic, she says, "I come from a family of doctors. However, when parents became old and infirm, I started drawing on this subject. It was heartening to see their (nurses) professionalism, even in the most difficult of times. Their missionary zeal and cheer... At that time, I was mostly doing watercolours and drawings. But when the opportunity came up in Kochi, I thought it was just the right place -- after all most of them were from that region."

Adding that unlike many other artists, the lockdown has not really been very productive for her, she adds, "I was thinking of doing some smaller works, but nothing really emerged. Also, it came at the end of a very large work that I did, and I tend to take a break to recover from a large-work."