There must be no ifs and buts, no double standards in fight against terrorism: Jaishankar at UNSC 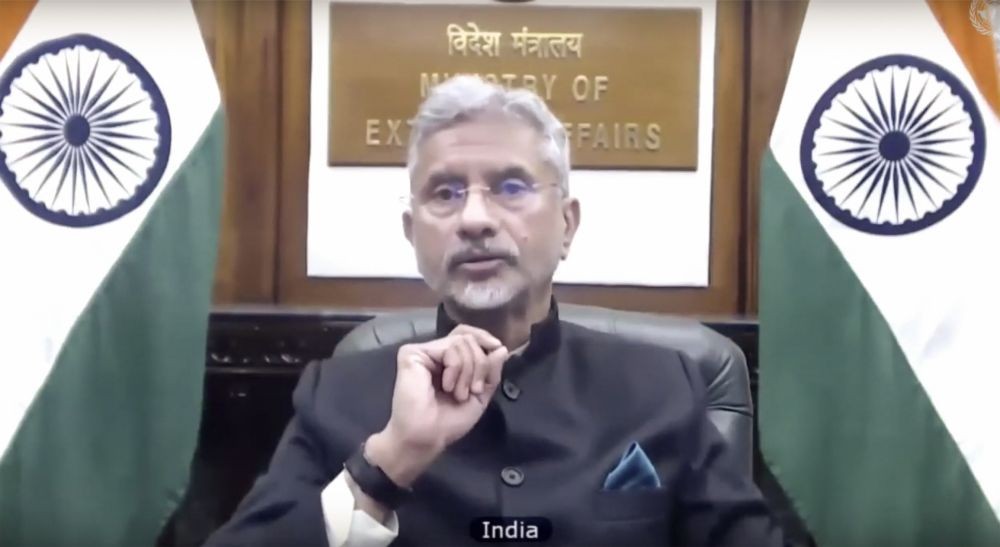 United Nations, January 12 (PTI): India on Tuesday asserted that there must not be any "ifs and buts" or double standards in the fight against terrorism as it told the UN Security Council that the crime syndicate responsible for the 1993 Mumbai blasts is given not just "State protection" but enjoying 5-star hospitality, in a veiled reference to underworld don Dawood Ibrahim believed to be hiding in Pakistan.

"Linkages between terrorism and transnational organised crime must be fully recognised and addressed vigorously. We, in India, have seen the crime syndicate responsible for the 1993 Mumbai bomb blasts not just given State protection but enjoying 5-star hospitality," External Affairs Minister S Jaishankar said.

Jaishankar was speaking at the UNSC Ministerial Meeting on Threats to international peace and security caused by terrorist acts: International cooperation in combating terrorism 20 years after the adoption of resolution 1373 (2001),' the first address by Jaishankar to the Security Council after India began its two-year tenure on the 15-nation body this month.

In August last year, Pakistan had for the first time acknowledged the presence of Ibrahim on its soil after the government imposed sweeping sanctions on 88 banned terror groups and their leaders which also included the name of the underworld don wanted by India.

Jaishankar proposed an eight-point Action Plan for the UN system to credibly address the menace of terrorism and ensure effective action. He called on nations to summon up the political will to combat terrorism.

"There must be no ifs and buts in this fight. Nor should we allow terrorism to be justified and terrorists glorified. All member States must fulfill their obligations enshrined in international counter terrorism instruments and conventions, he said.

In a strongly-worded statement against the scourge of terrorism and those States providing safe havens to terror groups, Jaishankar said "we must not countenance double standards in this battle. Terrorists are terrorists; there are no good and bad ones. Those who propagate this distinction have an agenda. And those who cover up for them are just as culpable."

While noting that some nations lack the legal and operational frameworks and technical expertise needed to detect, investigate, and prosecute terrorist financing cases, Jaishankar said there are also other States that are "clearly guilty" of aiding and supporting terrorism, and "wilfully provide" financial assistance and safe havens, an apparent reference to Pakistan.

"While we must enhance capacities of the former, the international community must collectively call out the latter and hold them accountable, he said.

Jaishankar said combating terrorist financing will only be as effective as the weakest jurisdiction. The Financial Action Task Force (FATF) should continue to identify and remedy weaknesses in anti-money laundering and counter-terror financing frameworks. Enhanced UN coordination with FATF can make a big difference, he said.

He underlined that preventing terrorists from accessing financial resources is crucial to successfully countering the threat of terrorism as over the years, terrorist groups have developed a diversified funding portfolio through a range of criminal activities, including extortion, kidnapping, money laundering, drug smuggling, and trafficking of natural resources, humans and antiquities. "Terrorist organisations have also begun to exploit the anonymity afforded by block chain technology for fundraising and finances."

Jaishankar expressed hope that the suggestions by India will merit serious consideration by the Council.

"While India has been itself battling terrorism for many decades with great resolve, these proposals have been framed with the interests of the entire international community in mind. It is time that all nations walk the talk and commit their actions to the goal of zero tolerance for terrorism," he added.