They're trying to stop me, says unhappy Hamilton 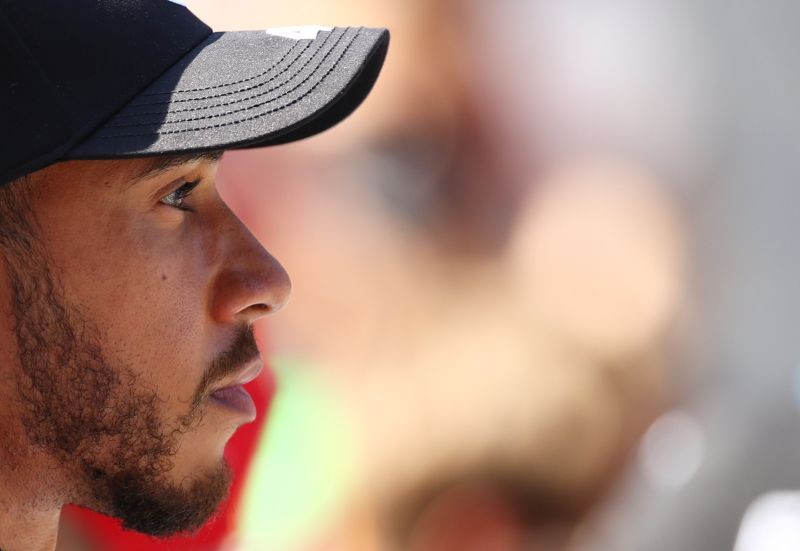 The punishment, for infringements before the race had even started, cost the six-times world champion the lead and the chance to fight for a record-equalling 91st career win.

The Mercedes driver finished third after starting on pole position.

"I need to go back and see what the rules are and what exactly I did wrong," the Briton told Sky Sports television after being punished for practice starts outside of the designated area on his way to the grid.

"I'm pretty sure no-one's got two five-second penalties for something so ridiculous before," he added.

"I didn't put anyone in danger. I've done this at a million tracks over the years and never been questioned on it. So it is what it is."

The stewards also handed Hamilton two penalty points on his licence, leaving him two short of incurring a one-race ban triggered by 12 in a 12-month period.

Asked if that seemed excessive, he replied: "Of course it is. But it's to be expected. They're trying to stop me, aren't they?"

"But it's OK. I just need to keep my head down and stay focused and we'll see what happens."