Those wanting to threaten India's territorial integrity should be worried: Rajnath on arrival of Rafale jets

New Delhi, July 29 (PTI): The arrival of five Rafale jets will make the Indian Air Force much stronger to deter any threat facing India and those wanting to threaten the country's territorial integrity should be worried about its new capability, Defence Minister Rajnath Singh said on Wednesday.

The remarks are largely seen as a veiled message to China with whom India is locked in a bitter border row in eastern Ladakh. China has significantly enhanced deployment of its fighter jets and other aerial assets around its key bases in the region.

Taking to Twitter, Singh said that the touchdown of Rafale jets in India marks the beginning of a new era in India's military history, adding the fleet will make the IAF much stronger to deter any threat that may be posed on the country.

"I would like to add, if it is anyone who should be worried about or critical about this new capability of the Indian Air Force, it should be those who want to threaten our territorial integrity," he said.

The first batch of five Rafale jets arrived at Ambala air force station on Wednesday afternoon, nearly four years after India signed an inter-governmental agreement with France to procure 36 of the aircraft at a cost of Rs 59,000 crore.

"This aircraft has very good flying performance and its weapons, radar and other sensors and Electronic Warfare capabilities are amongst the best in the world. Its arrival in India will make the IAF much stronger to deter any threat that may be posed on our country," the defence minister said in a series of tweets.

"The Rafale jets were purchased when they fully met the operational requirements of the IAF. The baseless allegations against this procurement have already been answered and settled," he said, referring to Congress's accusations of financial wrongdoings in sealing the deal.

He also congratulated the IAF on bringing the aircraft from France.

"I am sure that 17 Squadron, the Golden Arrows, will continue to live up to their motto of 'Udayam Ajasram'. I am extremely happy that IAF's combat capability has got a timely boost," he said.

The new fleet will be part of the 17 Squadron of the IAF.

"The Rafale jets were purchased only because PM Shri @narendramodi took the right decision to get these aircraft through an Inter-Governmental Agreement with France, after the long pending procurement case for them could not progress. I thank him for his courage & decisiveness," said the defence minister.

He also thanked the French government, Dassault Aviation, the manufacturer of Rafale, and other French companies involved in "timely delivery" of the aircraft and its weapons, despite the severe restrictions posed by COVID pandemic.

The first Rafale jet was handed over to the IAF in October last year during a visit to France by Singh.

While the first squadron of the Rafale jets will be stationed at Ambala air base, the second one will be based at Hasimara base in West Bengal.

The Ambala base is considered one of the most strategically located bases of the IAF as the Indo-Pak border is around 220 km from it.

The IAF spent around Rs 400 crore to develop required infrastructure like shelters, hangars and maintenance facilities at the two bases.

Out of 36 Rafale jets, 30 will be fighter jets and six will be trainers. The trainer jets will be twin-seater and they will have almost all the features of the fighter jets.

India began the process to buy a fleet of 126 Medium Multi-Role Combat Aircraft (MMRCA) in 2007 after the defence ministry, headed then by AK Antony, cleared the proposal from the IAF.

After a long-drawn process, bids were opened in December 2012 and Dassault Aviation emerged as L-1 (lowest bidder). In the original proposal, 18 planes were to be manufactured in France and 108 in India in collaboration with the Hindustan Aeronautics Ltd.

There were lengthy negotiations between the then UPA government and Dassault on prices and transfer of technology. The final negotiations continued till early 2014 but the deal could not go through. 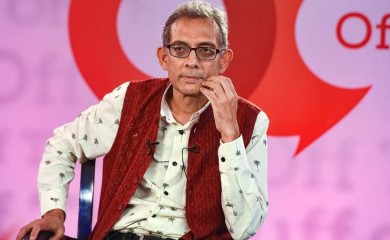 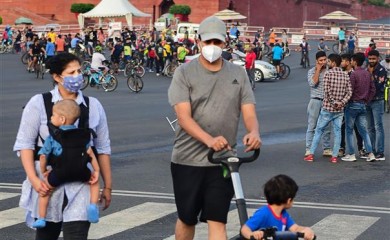