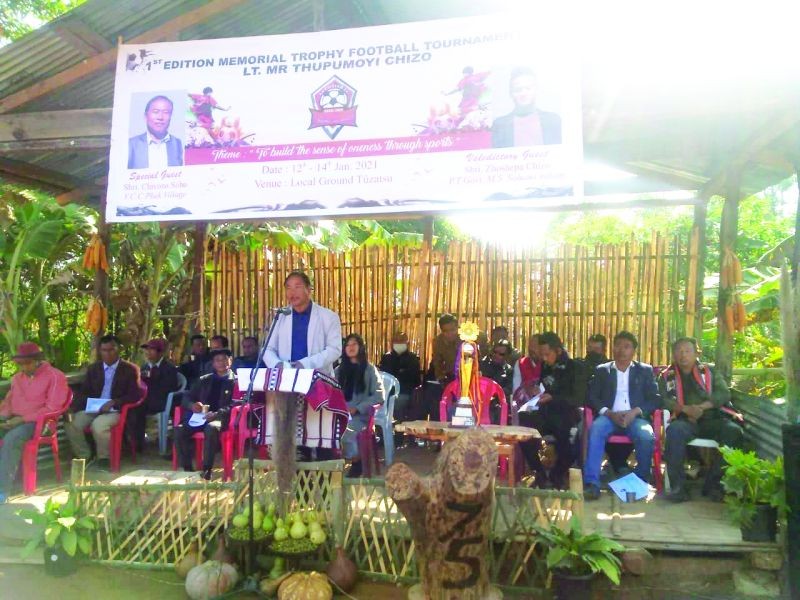 The 1st edition of Late Thupumoyi Chizo Memorial Trophy 2021 got underway today under the theme “To build the sense of oneness through sports” at Tuzatsu village under Phek district.

It was formally inaugurated by Phek Village Council chairman Chivozo Soho as the special guest.

Speaking on the occasion, he appreciated Astonish FC for initiating such tournament and wished them all success in their endeavours.

He called upon the eight participating teams to use this platform wisely by exercising healthy competition throughout the three day long tournament.

He also urged upon them to build friendship and at the same time propagate the message on the importance of oneness in the society.

Earlier, the inaugural function was chaired by Sanevolu Chizo while welcome address was delivered by Astonish team coach Vesivoyi Chizo.

The tournament will go on till January 14. Zhoshepa Chizo, PT, GMS Sohomi village will grace the valedictory function.