1912 - U.S. President Theodore Roosevelt was shot by a would-be assassin in Milwaukee. He was saved by his thick coat and a bundle of paper in his breast pocket.

1977 - The American actor and singer Bing Crosby died of a heart attack. He was remembered for his "Road to ..." films with Bob Hope and his version of the song "White Christmas".

2001 - Two days of anti-American riots in the northern Nigerian city of Kano ended. At least 200 people died in the riots, in which churches, mosques and shops were set on fire.

2005 - English actor Daniel Craig was named as the new movie James Bond, ending months of speculation over who would take over from Pierce Brosnan.

2006 - Grammy Award-winning singer Freddy Fender, whose country and Hispanic-flavoured music reached across ethnic boundaries to find a broad audience, died of cancer. He was 69.

2014 - In UEFA Euro 2016 qualifying soccer match between Serbia and Albania, riots erupt after a drone carrying the flag of Greater Albania is flown over the field. 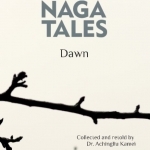