Trump denies being told about Russian bounties to kill U.S. troops in Afghanistan 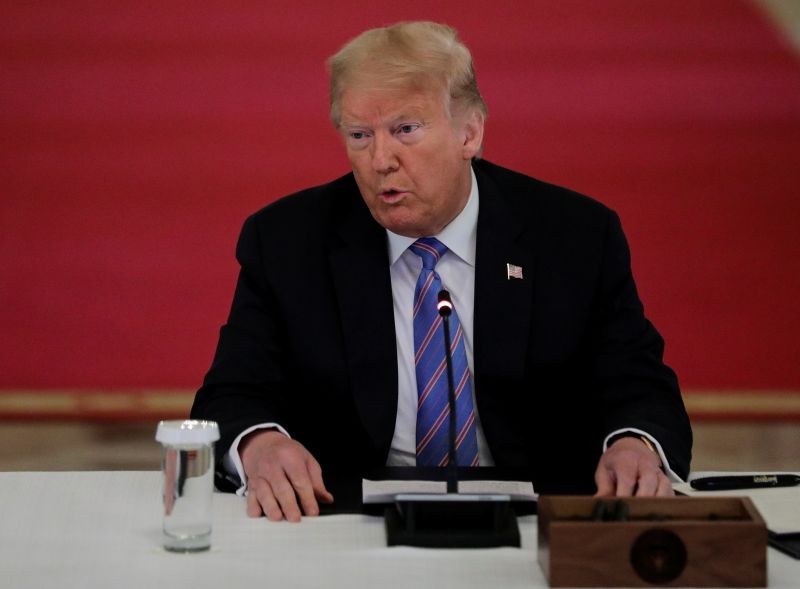 U.S. President Donald Trump speaks during a meeting of the American Workforce Policy Advisory Board in the East Room at the White House in Washington, US on June 26, 2020. (REUTERS Photo)
World
28th June 2020

WASHINGTON, June 28 (Reuters): President Donald Trump on Sunday said he was never briefed about Russian efforts to pay bounties to Taliban-linked militants to kill U.S. troops in Afghanistan, blasting a New York Times report that he had been told about the rewards but had not acted to respond to Moscow.

The White House on Saturday also denied that Trump was briefed on U.S. intelligence regarding the affair but it did not address the merits of the intelligence. The Director of National Intelligence also said Trump and Vice President Mike Pence were not briefed, and called the Times report inaccurate.

"Nobody briefed or told me, @VP Pence, or Chief of Staff @MarkMeadows about the so-called attacks on our troops in Afghanistan by Russians, as reported through an 'anonymous source' by the Fake News @nytimes. Everybody is denying it & there have not been many attacks on us," Trump tweeted, calling on the newspaper to reveal its source.

The Times on Friday reported that U.S. intelligence had concluded that a Russian military intelligence unit linked to assassination attempts in Europe had offered rewards for successful attacks last year on American and coalition soldiers, and that Islamist militants or those associated with them were believed to have collected some bounty money.

Democrats said the report and Trump's denial were the latest evidence of the president’s wish to ignore allegations against Russia and accommodate President Vladimir Putin.

"There is something very wrong here. But this must have an answer," U.S. House of Representatives Speaker Nancy Pelosi told ABC's “This Week” program.

“You would think, the minute the president heard of it, he would want to know more, instead of denying that he knew anything,” she said, adding that Trump has already given "gifts" to Putin by diminishing U.S. leadership in NATO, reducing U.S. forces in Germany and inviting Russia back into the G8.