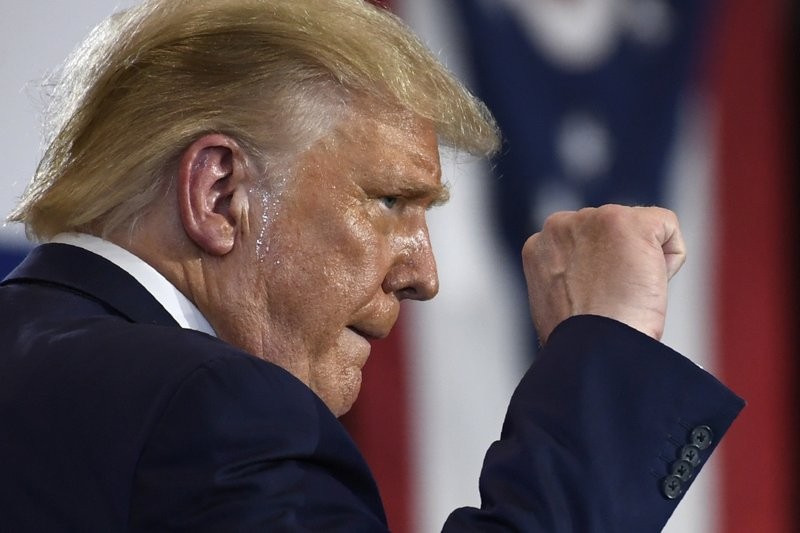 The executive orders come as the Trump administration said this week it was stepping up efforts to purge “untrusted” Chinese apps from U.S. digital networks and called the Chinese-owned short-video app TikTok and messenger app WeChat “significant threats.”

Tiktok, the hugely popular video-sharing app, has come under fire from U.S. lawmakers and the administration over national security concerning data collection, amid intensified tension between Washington and Beijing.

Trump issued the orders under the International Emergency Economic Powers Act, a law that grants the administration sweeping power to bar U.S. firms or citizens from trading or conducting financial transactions with sanctioned parties.

U.S. Secretary of State Mike Pompeo said Wednesday expanded efforts on a program it calls “Clean Network” would focus on five areas and include steps to prevent various Chinese apps, as well as Chinese telecoms companies, from accessing sensitive information on American citizens and businesses.

U.S. Commerce Secretary Wilbur Ross will identify transactions covered by the prohibition after the order takes effect in mid-September. The order leaves key unanswered questions about the restrictions.

“This is the rupture in the digital world between the U.S. and China,” he said. “Absolutely, China will retaliate.”

Lewis said there are only about 3 million WeChat users in the United States and they are mostly Chinese.

“It’s much more a collection risk than TikTok. On the other hand, it is collecting on Chinese,” Lewis said.

Tencent shares fell 4% on the news.

Trump said this week he would support the sale of TikTok’s U.S. operations to Microsoft Corp (MSFT.O) if the U.S. government got a “substantial portion” of the sales price but nevertheless said he will ban the service in the United States on Sept. 15.

The TikTok app may be used for disinformation campaigns that benefit the Chinese Communist Party, and the United States “must take aggressive action against the owners of TikTok to protect our national security,” Trump said in one order.

In the other, Trump said WeChat “automatically captures vast swaths of information from its users. This data collection threatens to allow the Chinese Communist Party access to Americans’ personal and proprietary information.”

The order would effectively ban WeChat in the United States in 45 days by barring “to the extent permitted under applicable law, any transaction that is related to WeChat by any person, or with respect to any property, subject to the jurisdiction of the United States, with Tencent Holdings Ltd.”