'We are not guinea pigs,' say South African anti-vaccine protesters 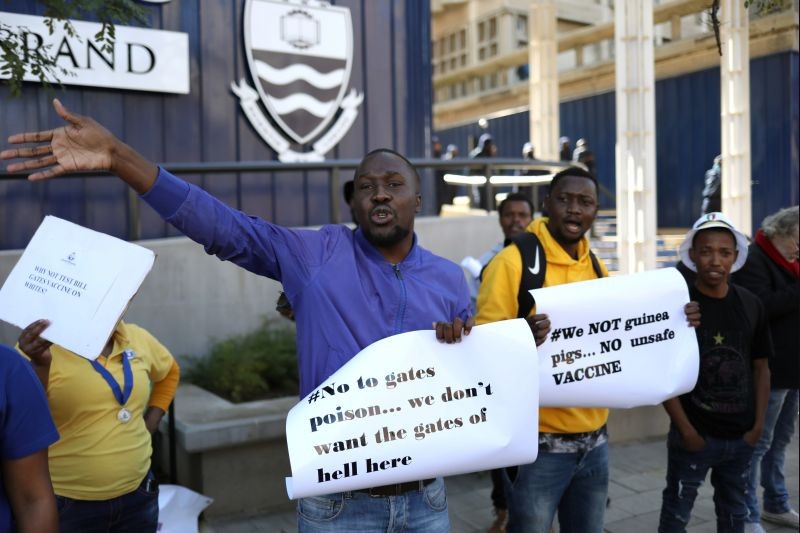 JOHANNESBURG, July 2 (Reuters): Anti-vaccine protesters took to the streets in Johannesburg on Wednesday to voice their concern over Africa's first human trials for a potential coronavirus vaccine.

Last Wednesday, the University of the Witwatersrand in partnership with Oxford University rolled out South Africa's first clinical trial, which will consist of 2,000 volunteers.

The involvement of South Africa in vaccine trials is intended to ensure the continent will have access to an affordable vaccine and not be left at the back of the queue.

About 50 people held protests at the University of the Witwatersrand in Johannesburg, saying they did not want Africans to be used as guinea pigs, reflecting concerns among some on the continent over testing drugs on people who do not understand the risks.

"I'm not happy at all! I mean this feels like the 1980s all over again when the AIDS pandemic just broke out in South Africa," said 29-year-old graphic designer Tebogo Legoale.

Some of the placards carried by demonstrators read: "We are not guinea pigs."

Twenty-nine-year-old community activist Walter Mashilo said the vaccine should be tested first on members of parliament and ministers' children, not on poor people.

"We are clear, comrades, we don't want this vaccine (trial)," he said, addressing the crowd.

South Africa has the highest rate of infections on the continent, with confirmed cases at over 150,000 and more than 2,600 deaths.

Traditional healers are also fighting for their medicine to be used against the virus instead of a vaccine.

"We are not going to follow a vaccine because we as healers believe that our traditional medicine is not given a chance," said Sellwane Mokatsi, 32-year-old compliance officer, who is also part of the traditional healers' organisation.