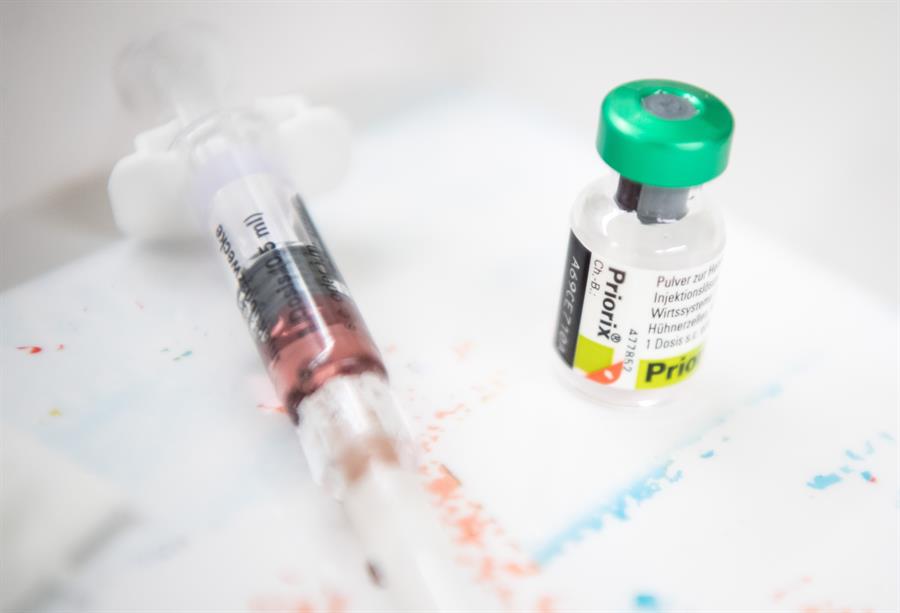 An ampoule containing a Priorix measles vaccine is placed next to a syringe on a tray at a pediatrician's practice in Munich, Germany, 27 May 2019. EPA-EFE/LUKAS BARTH-TUTTAS

Kinshasa, December 5 (efe-epa).- Some 2.2 million children will be vaccinated against measles in North Kivu in the Democratic Republic of the Congo in a drive to curb the world's most severe and largest measles epidemic.

The epidemic has already killed 5,000 people as the DRC also grappled with the second-worst Ebola outbreak in history.

"This new vaccination campaign aims to protect children in North Kivu, as well as other parts of the country from a disease that is easily preventable with a vaccine," Matshidiso Moeti, regional director of the Organization, said in a statement.

"While the Ebola outbreak in the DRC has won the world’s attention and progress is being made in saving lives, we must not forget the other urgent health needs the country faces," Moeti added.

In the provinces of North Kivu and Ituri, the epicenters of an Ebola epidemic since August 2018, insecurity is increasing due to armed attacks that have so far claimed 2,206 lives, according to official data published 3 December.

This five-day campaign will end the second phase of preventive vaccination drive which will be followed by a third and final phase in the remaining provinces of Bas Uélé, Equateur, Haut Katanga, Haut Lomami, Haut Uélé, East Kasai, Lualaba, Maniema, Mongala and Tshuapa.

"We must do better at protecting the most vulnerable, who are often also the hardest to reach.

"This campaign is an important step in that direction.

"For maximum impact, campaigns must be combined with the strengthening of routine immunization and health systems."

In total, 18.9 million children are expected to be vaccinated by the end of the year across the country.

Low immunization rates and high levels of malnutrition among children have contributed to an increase in deaths.

Also, cultural beliefs and traditional health care practices often hamper the immunization of children against measles and the treatment of those with symptoms, according to Unicef's representative in DRC Edouard Beigbede.

Measles is a childhood disease that is highly contagious and can be lethal.

It can cause significant respiratory complications, especially in young adults.