Why NE indigenous youths migrate to other cities in India? 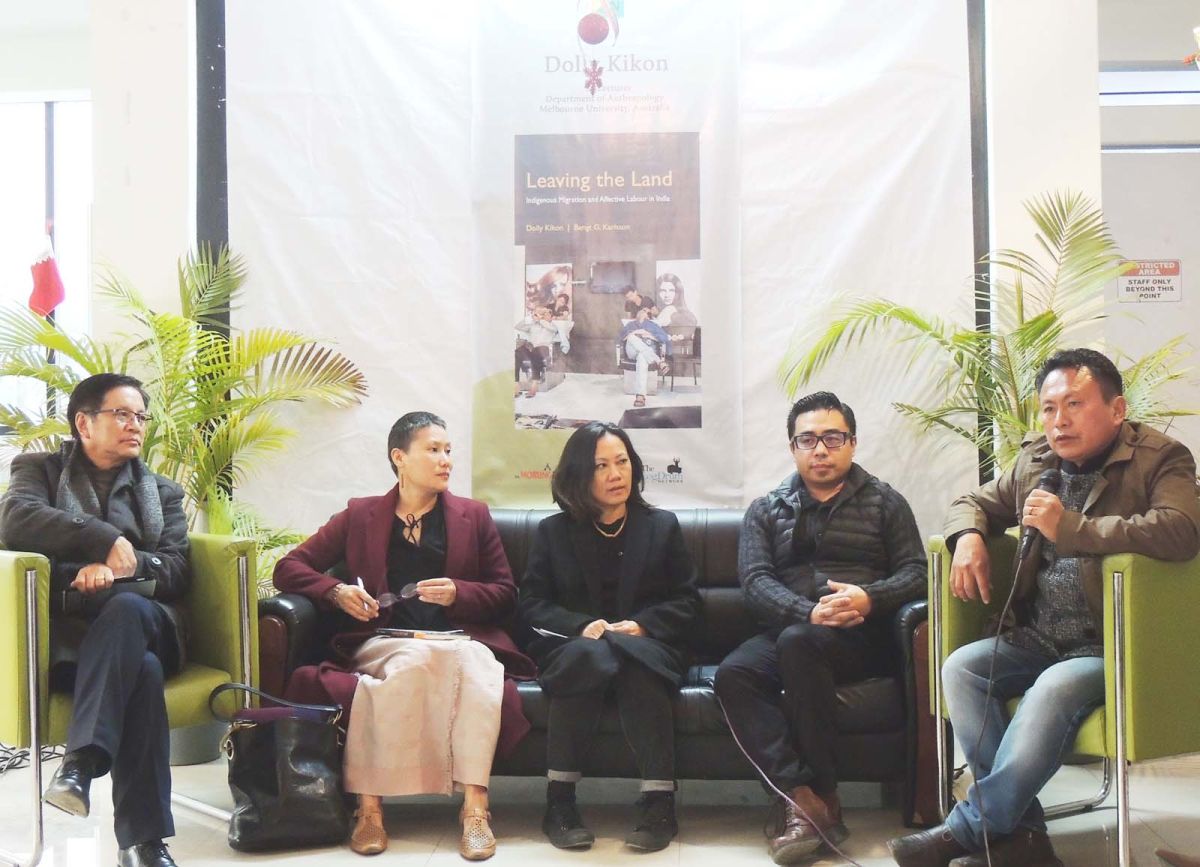 Why NE indigenous youths migrate to other cities in India?
Nagaland
17th December 2019

‘Leaving the Land- Indigenous Migration and Affective Labour in India,’ a new book by Dolly Kikon and Bengt G. Karlsson traces the migratory journey of indigenous NE youths in their new lives in the cities

“During the last decade, indigenous youth from Northeast India have migrated in large numbers to the main cities of metropolitan India to find work and study. This migration is facilitated by new work opportunities in the hospitality sector, mainly as service personnel in luxury hotels, shopping malls, restaurants and airlines. Prolonged armed conflicts, militarization, a stagnant economy, corrupt and ineffective governance structures, and the harsh conditions of subsistence agriculture in their home villages or small towns impel the youth to seek future prospects outside their home region,” reads a portion from the blurb of the book, “Leaving the Land- Indigenous Migration and Affective Labour in India” that was launched today at Made in Nagaland Center Kohima.

The book, written by Dolly Kikon and Bengt G. Karlsson and published by Cambridge University Press traces the migratory journey of these youths and engages with their new lives in the cities. It was launched by Mmhonlümo, Advisor to IT&C, Science & Technology and NRE.

Sharing the journey of the book, Dolly Kikon said it was quite poignant how as a researcher she came across a lot of them don’t even get breaks for lunch while pointing out that “a lot of young people in their zeal to do well would forfeit their lunch.”

“What these young people taught me was about dignity. There was something very strong to aspire to be better, to become global”, she said while adding that “the search for dignity, respect and also aspiring to do better with that spirit of ‘life may be hard but we are trying to do something better’” was evident. Stating that addressing migration is so important, she impressed upon that there are actually a lot of them going through post-traumatic stress disorder and asserted that “we need to protect our young migrants who are going out.”

She also highlighted about the contents of the book that includes chapters like Wayfinding, Light Skills and Soft Skills, Departures and Returns, Interlude: Photoetnography, Dreams and Desserts, and Talking about Method.

It may be noted that Dolly Kikon teaches at the School of Social and Political Sciences, the University of Melbourne. She has also authored Life and Dignity: Testimonies of Sexual Violence in Dimapur (Nagaland) (2015) while Bengt G. Karlsson is Professor of Anthropology at Stockholms Universitet and a committee member of the Swedish Research Council and is a working member of the Royal Swedish Academy of Letters, History and Antiquities. He has also authored Unruly Hills: A political Ecology of India's Northeast (2011).

Limawati Ao said that ‘Leaving the Land would be a very informative book for parents as many people here don’t realize under what conditions they are working and what kind of atmosphere they live in.’ He was however concerned about how to make our people read the book while citing the lack of readership in the state.

Meanwhile Ben Imchen noted that almost no one travels out with the intention of migration while putting across that “most people I know go out for higher education, which leads to employment and by default you are staying there, not even aware that you have become a migrant and ten years have passed.” Sharing similar sentiments, Sentimongla Kechu said “you don’t consciously think of being a migrant but go out for better prospects for employment.”

The event was organised by YouthNet in partnership with The Morung Express, The Logdrum Network and East Mojo.