Will take up Chida post border issue with Manipur: Patton 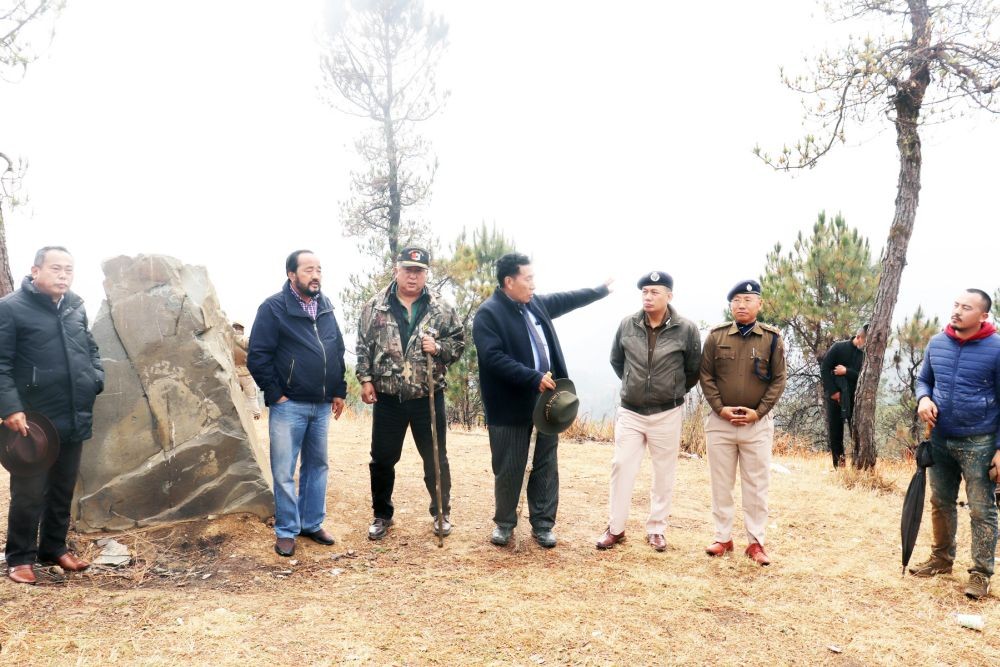 Phek, March 6 (MExN): Against the backdrop of the border dispute between the Khezhakenoma Village under Phek district and Tungjoy village under Manipur State, Deputy Chief Minister of Nagaland Y Patton inspected the site on March 6.

During a brief meeting, Patton assured the public that the land dispute issue will be taken up with his counterpart in Manipur to settle it amicably.

He also informed the public that, “while it is abominable to encroach upon others jurisdiction, we should also fight for the inherent right of any land that that belongs to us,” the release added.

On the abduction case of a Dobashi, Patton urged the public to let the state government and the law enforcing agencies take their course of action.

The Dy CM also expressed hope that, being an ancestral village, Khezhakenoma will continue the tradition of peaceful coexistence and maintain good relationship with the neighboring villages.

Patton also inspected the border monolith erected by the British administration in 1872.