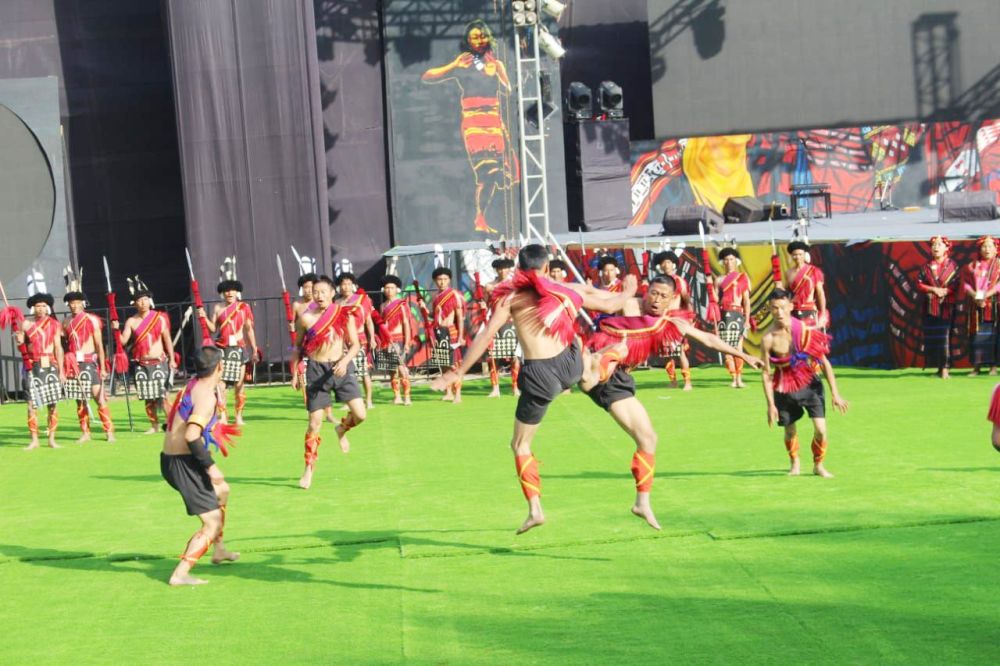 Kisama, December 2 (MExN): The cultural show manifested by young and old, clad in traditional attires of different tribes, showcasing the traditions of Nagas marked the 2nd day of the Hornbill festival at Naga Heritage Village, Kisama on December 2.

A DIPR report stated that the cultural extravaganza is being organised by the Department of Art & Culture as an annual event during the Hornbill festival with the theme “Cultural Connect.”

The womenfolk of the Konyak troupe performed a folk dance while the Lotsu cultural club from the Lotha tribe performed a folk song called 'Iya-Hoi, Holo-Iya.' The Phom cultural troupe from Longleng demonstrated the art of making traditional earthen pots.