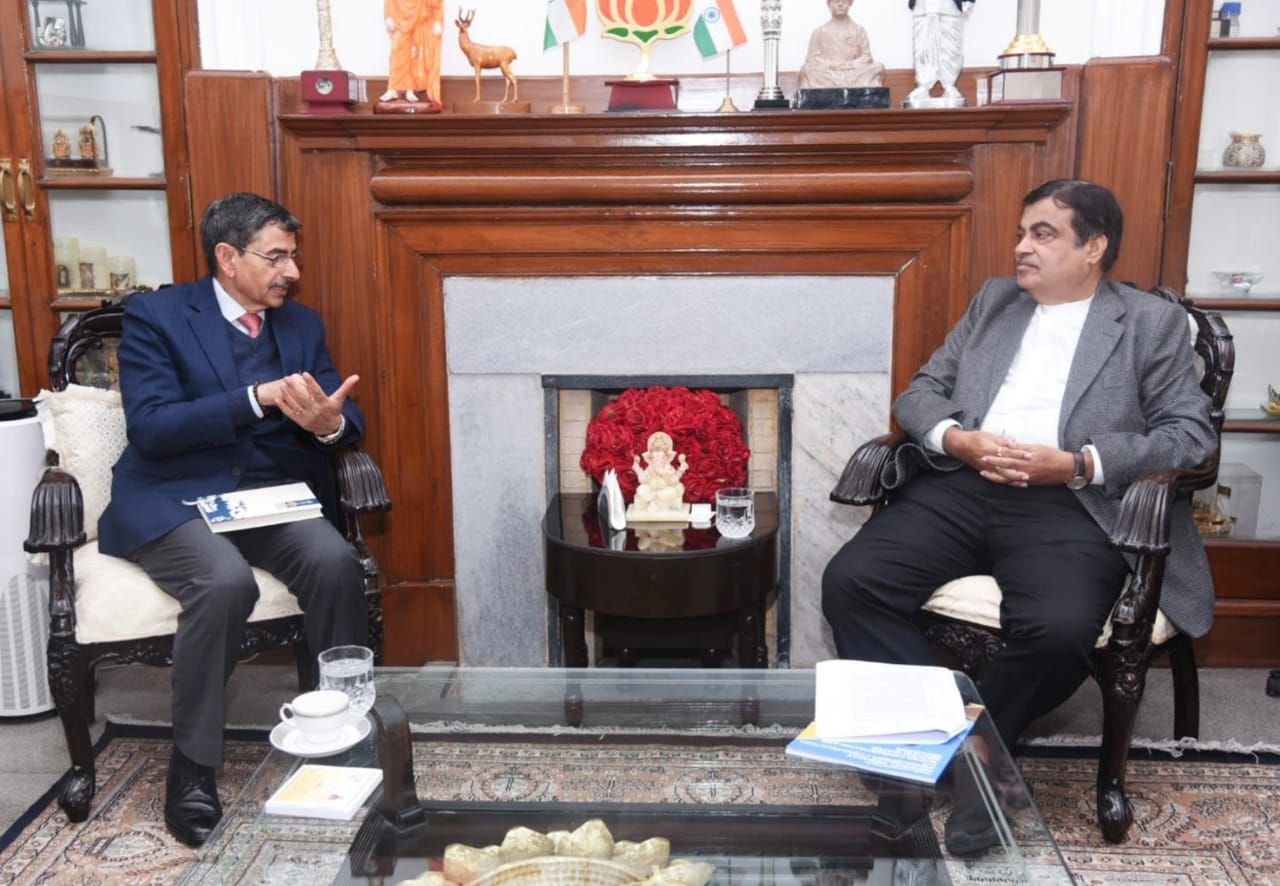 DIMAPUR, JANUARY 14 (MExN): The Governor of Nagaland and Meghalaya, RN Ravi met Nitin Gadkari, Minister, Road Transport & Highways of India and Shipping at his official residence in New Delhi on January 14 and discussed the required measures for expediting the National Highways and Infrastructure Development Corporation (NHIDCL) projects in Nagaland.

A press statement issued by PRO to Governor said the Governor thanked the Minister for positively responding to his request and setting up an exclusive Regional Office of NHIDCL in Kohima for closely monitoring the various projects under the corporation in Nagaland. Earlier it was being done from the Regional office for the North East in Guwahati.

During the meeting, the Governor also brought out the concerns relating to slope protection on Dimapur-Kohima 4-lane highway. In absence of adequate slope protection measures along the Highway, the loose soil will lead to landslides especially during the monsoon season, causing disruption to traffic and even damage to the highway.

Taking the matter on a serious note, the Minister directed NHIDCL to provide appropriate technical solutions in order to ensure that adequate slope protection measures are taken along the said highway.

The press statement said improved air, surface and digital connectivity of Nagaland are priority concerns of the Governor.