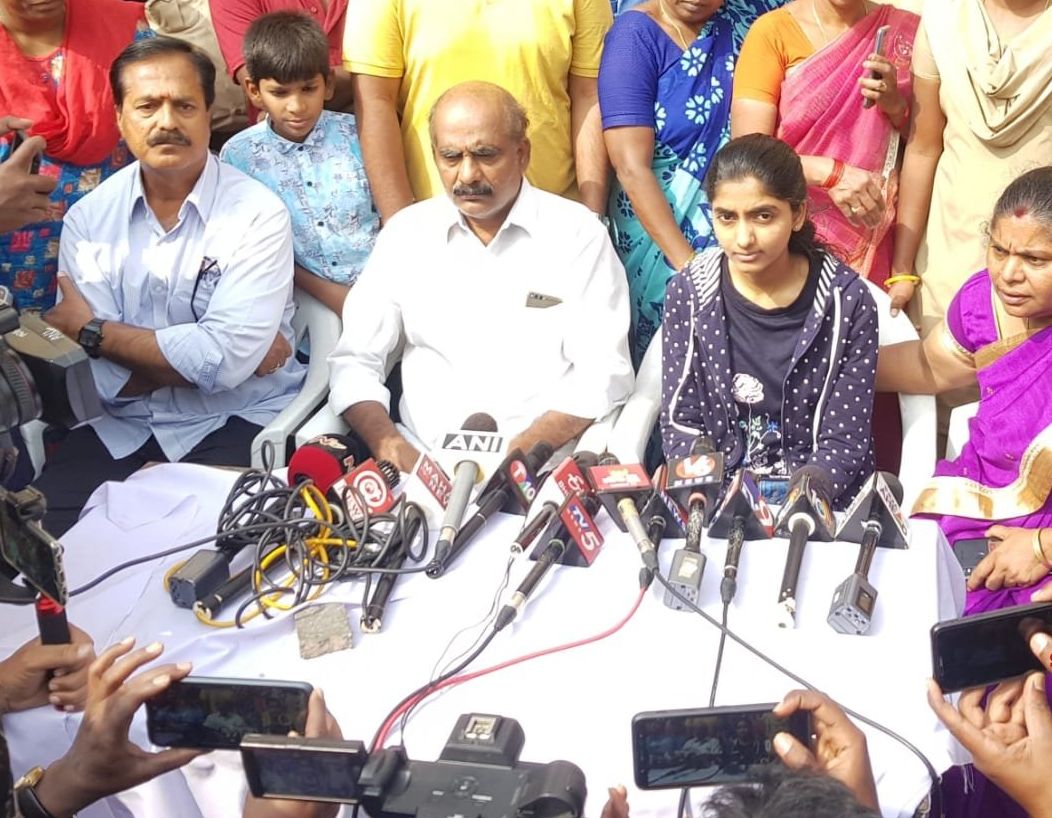 Hyderabad: The family members of the young veterinarian who was brutally gang raped and murdered, talk to the media after the police shot dead all the four accused in an alleged ‘encounter’ near Shadnagar town of Telangana’s Ranga Reddy district; in Hyderabad on Dec 6, 2019. The family of the veterinarian said that justice has been done after all the four accused were killed in the encounter. (Photo: IANS)

Hyderabad, December 6 (IANS) The family of a young veterinarian in Hyderabad who was brutally gang raped and murdered, on Friday said that justice has been done after all the four accused in the case were killed in a police 'encounter'.

There was a sense of closure for the victim's family as they heard the news Friday morning that the accused were shot dead by the Telangana Police at the same spot where her body was set afire after the gang rape on November 27.

"This will make her rest in peace," the victim's father told reporters at his residence in Shamshabad on the outskirts of Hyderabad. He thanked the Telangana government, police and all others who stood by them.

"I am not going to get back my daughter but this will definitely send a strong message. This will instill fear and criminals will not dare to do what my daughter had to go through," said he added.

The 25-year-old veterinarian was gang raped by four truck drivers and cleaners near the Outer Ring Road at Shamshabad on the night of November 27. They later dumped the body near Shadnagar town, about 28 km away, and set it afire.

The accused were shot dead early Friday morning when they allegedly tried to escape from the crime scene where the police had brought them to re-enact the incident.