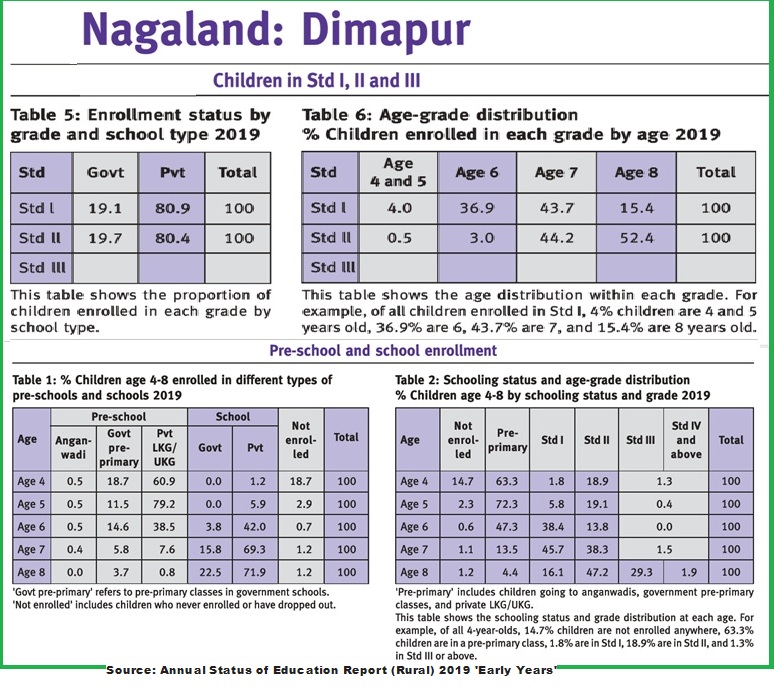 Over 80% children between 4-8 in private schools in Dimapur

This wide gap in the proportion of students enrolled in Std I & II between private and government run schools in Dimapur and that parents prefer private schools over the latter was highlighted in the latest Pratham’s Annual Status of Education Report (ASER) 2019 which was released today.

According to the report, ASER 2019 'Early Years' was conducted in Dimapur in Nagaland. The survey reached a total of 56 villages, 995 households, and 1,172 children in the age group 4 to 8. The outcome might also be verifiable in other districts as this is the general trend.

Sampled children's pre-school and school enrollment status was recorded. Children did a variety of cognitive, early language, and early numeracy tasks. Activities to assess children's social and emotional development were also undertaken. All tasks were done one-on-one with children in their homes.