Rhea at CBI's with Mumbai Police as escort 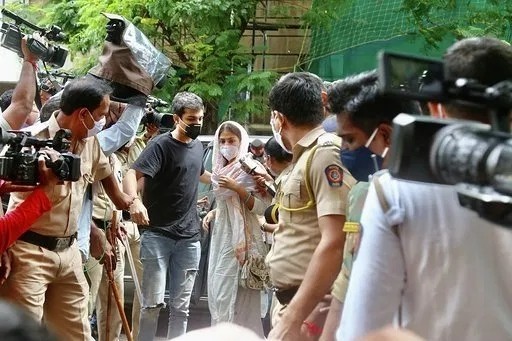 Mumbai, August 29 (IANS): Bollywood actress Rhea Chakraborty on Saturday used the Mumbai Police asan escort to reach for her second round of CBI questioning in the Sushant Singh Rajput case following a fracas at her home on Friday.

She underwent a 10-hour-long gruelling grilling session by the CBI sleuths till late Friday, and was again summoned the following day for the next round.

As she was preparing for her maiden appearance on Friday, she was mobbed by a large number of media personnel in which a constable sustained injuries.

Thereafter, Rhea demanded that she and her family should be provided police protection in view of the paparazzi pursuing them from her Santacruz Juhu home to the DRDO-IAF office premises in Santacruz east and other locations.

As a precautionary measure, a Mumbai Police team provided Rhea with an escort team to enable her reach safely to the CBI team awaiting her.