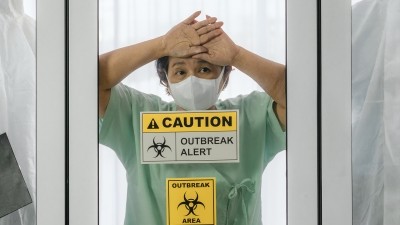 Beijing, June 29 (IANS): The first COVID-19 patient from Beijing cluster infections linked to the wholesale market outbreak was discharged from hospital on Monday after recovering, according to authorities.

On June 3, the patient aged 56, stopped for about 20 minutes at the beef and mutton trading centre of the Xinfadi market in south Beijing's Fengtai district, reports Xinhua news agency.

He went to a hospital on June 12 after experiencing symptoms of fever and fatigue and tested positive in a nucleic acid test.

The patient had been treated in Beijing Ditan Hospital since June 13.

His body temperature returned to normal on June 16 and his clinical symptoms, imaging and laboratory indicators gradually improved, said Xu Yanli, the attending doctor, adding that He's nucleic acid test results on June 21 and 26 were all negative.

From June 11 to 28, Beijing reported 318 confirmed locally transmitted cases, all of whom were receiving treatment at the same hospital.

A total of 108 medics from other Beijing hospitals have joined to help with the treatment of COVID-19 patients.

Although the virus originated in Hubei province's capital city of Wuhan last December, China ranks lower in terms of both COVID-19 deaths and cases than some other countries, including the US which currently accounts for the world's highest tallies.