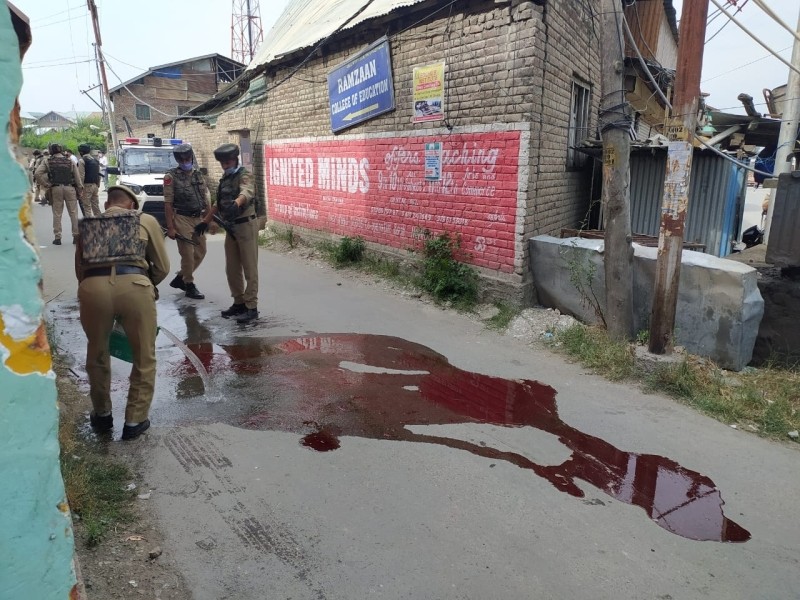 Srinagar, August 14 (IANS): Two Jammu and Kashmir policemen were killed while another was injured after terrorists fired upon a police party at the Nowgam Byepass in Srinagar on Friday.

"They were shifted to a hospital for treatment where two succumbed to their injuries."

The police has cordoned off the area.

The incident comes ahead of Independence Day when security is on high alert across the Kashmir Valley.