According to official sources, the first case was detected last week when an employee who had returned from Nagaland on June 10 . (Photo Courtesy: http://wikimapia.org/)
Nagaland
14th July 2020

5 persons in Nagaland House, New Delhi have been tested positive for COVID-19.

According to official sources, the first case was detected last week when an employee who had returned from Nagaland on June 10 had started showing symptoms. While she was in isolation the entire time, her condition did not improve. She was taken to the hospital for the COVID-19 test which came back positive.

While there were reports of the Nagaland returnee being in the ICU, the Deputy Resident Commissioner (DRC) Nagaland House Kethosituo Sekhose said that it was part of the protocol since she had shown symptoms. According to the doctors,  she has been shifted from the ICU to the ward and her condition is stable, the DRC added.

Nagaland House not sealed
Meanwhile, Nagaland House Delhi DRC informed The Morung Express that reports of the campus being sealed is not correct.

"Sealing of the campus is up to the Delhi Government. On our part, we have ensured that they are isolated, and all precautions are being followed," he said.  The DRC also added that everyone in the campus will be tested. 44 have already been tested and the results of 60 more persons who were tested on July 14 are yet to be received. 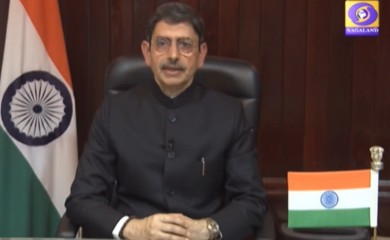