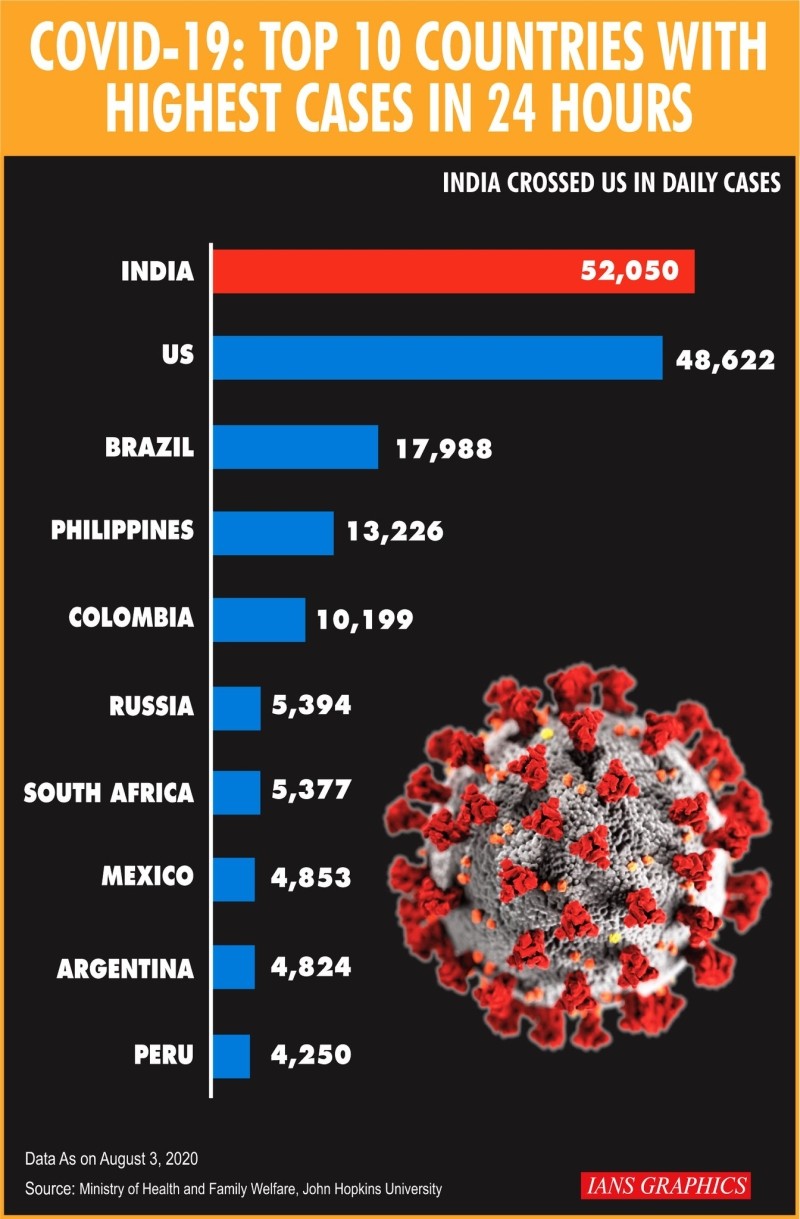 India has one of the lowest Case Fatality Rate (CFR) at 2.09 per cent as compared to the global average.

While on the global front, India remains the third worst-hit nation. As of Tuesday morning, the overall number of global coronavirus cases has topped 18.1 million mark, while the deaths have increased to over 691,000, according to the Johns Hopkins University.

Only 0.27% COVID patients on ventilators till August 3: Govt

The Union Health Ministry on Tuesday said that as many as 18,000 ventilators have been supplied to hospitals across the country till now and that only 0.27 percent of coronavirus patients are on them.

Addressing a press conference, Ministry Secretary Rajesh Bhushan said that at no point has the country reached the one percent mark on patients using ventilators in the last six months.

“As many as 18,000 ventilators have reached the states till now. Yesterday, 0.27 percent of the total active cases were on ventilators across the country,” he told reporters.

This comes at a time when the country has logged more than 18 lakh cases and is nearing 40,000 deaths due to the deadly virus. However, the silver lining is the recovery rate which is twice the number of active cases.

Rajesh Bhushan said that even though the virus has spread to new areas, still 82 percent cases are limited to only 10 states and 50 districts account for 66 percent of the case load in the country.

According to the data provided by the ministry, 68 percent of coronavirus deaths were reported among the male population and 32 percent among the female population. Besides this, almost 50 percent deaths are in the age group of 60 and above and 37 percent in the 45 to 60 age group.