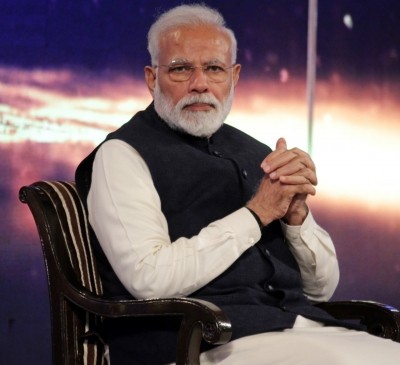 New Delhi, May 29 (IANS) Over 50 per cent people believe that the Narendra Modi government has taken the right decision to implement Citizenship Amendments Act (CAA) to give Indian Citizenship to persecuted religious minorities from Afghanistan, Bangladesh and Pakistan who are Hindus, Sikhs, Buddhists, Jains, Parsis or Christians, according to the ABP-C Voter Modi 2.0 Report Card.

The ABP-C Voter survey found that 53.3 per cent people believe that the Modi government has taken the right decision to implement CAA, while 21.8 per cent respondents said that no, it was a wrong decision.

About 24.9 per cent of respondents didn't say anything about the Modi government's decision to implement CAA.

About 15.5 per cent respondents in urban areas and 29 per cent in rural areas were not in support or against the amendments in citizenship law to persecuted religious minorities from neighbouring countries who arrived in India before 2014.

The Country had witnessed massive protests against the CAA after it was passed by the parliament in 2019.