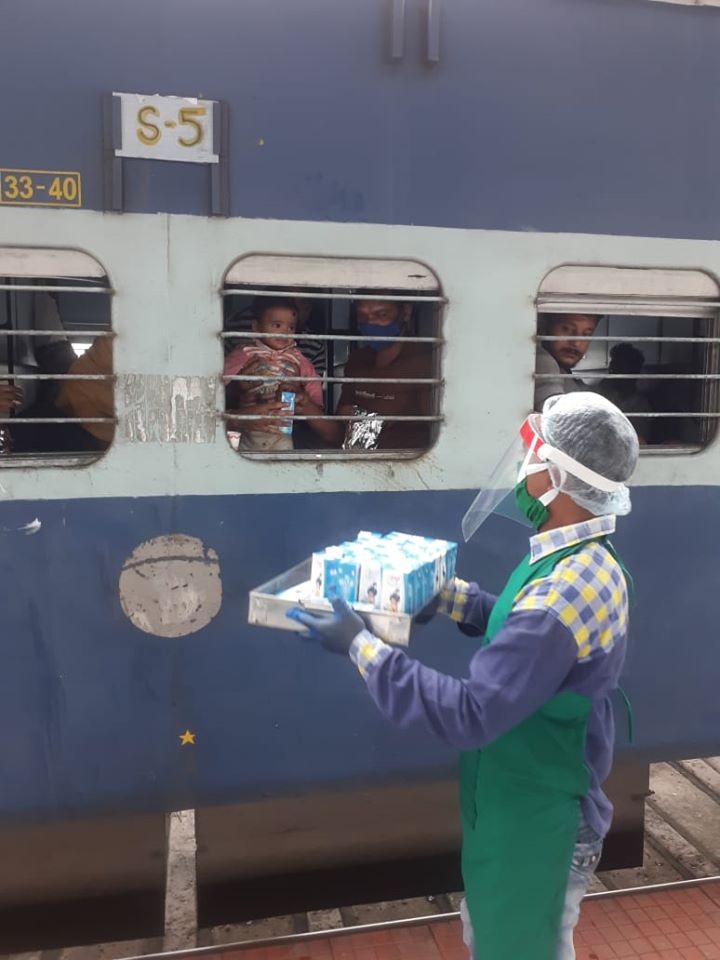 Guwahati, June 15 (MExN): The Northeast Frontier Railway (NFR) has provided a total of 585402 meals to passengers of various Shramik Special trains from May 7 to June 14, an official release informed.

After the Shramik Special trains arrival at NFR’s jurisdiction, it ensured that all the passengers also get sufficient food and drinking water for their onward journey towards various locations in NE states, stated the release issued by NFR’s Chief Public Relations Officer Subhanan Chanda.

Apart from providing meals, watering of the train along with the cleaning of toilets etc was also ensured at regular intervals so that passengers travelling in these trains don’t face any hardship, the release said.

“Regular dis-infection of the train was also done at all locations where de-boarding was allowed,” it added.