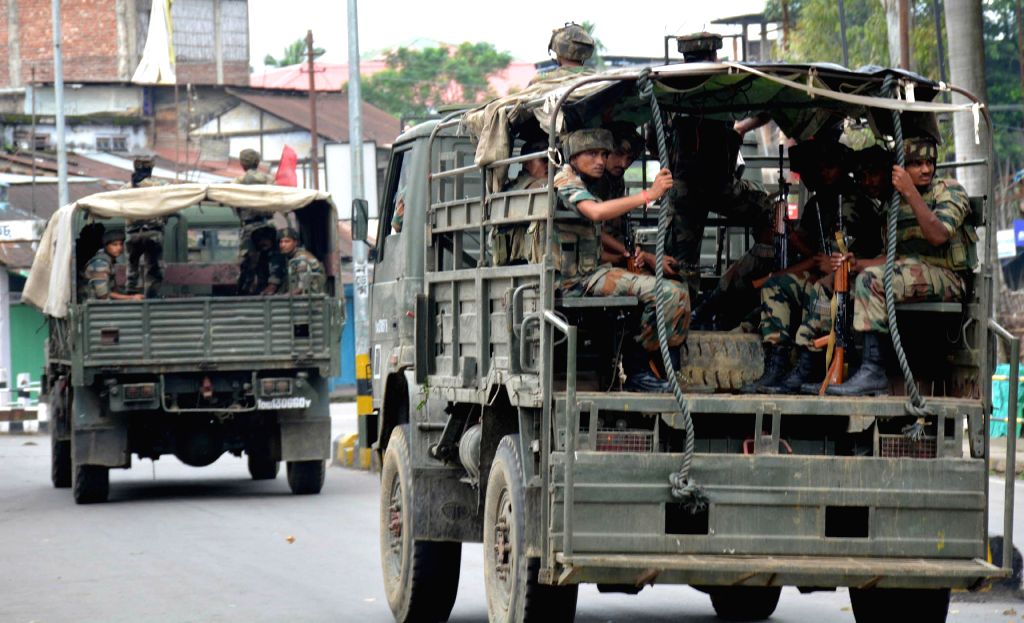 Five columns, each consisting of 70 soldiers and one or two officers, were deployed in Assam, while three columns have been deployed in Tripura. (IANS File Photo: For Representational Purposes Only)

NEW DELHI, DECEMBER 12 (IANS): To control the deteriorating law and order situation over the Citizenship (Amendment) Bill (CAB), 2019, eight columns of the Indian Army was on Thursday deployed to Assam and Tripura as per the requests made by the governments of the two states.

Five columns, each consisting of 70 soldiers and one or two officers, were deployed in Assam, while three columns have been deployed in Tripura.

Army sources said that the personnel's task would be to help the local administration wherever and whenever required.

Guwahati has become an epicentre of the anti-CAB protests, prompting the Assam government to place the city under an indefinite curfew.

Both Assam and Tripura plunged into chaos after the Lok Sabha had passed the Bill on Monday midnight and the situation deteriorated after the legislation passed its final hurdle in the Rajya Sabha on Wednesday night.

Internet services have been suspended in both the states over fears of the misuse of social media to disturb peace.

An order issued by the Tripura government also prohibits SMSs on all networks of mobile service providers.

In Assam, Chief Minister Sarbananda Sonowal was stuck at the airport earlier on Wednesday after the protests broke out. He however, managed to reach his residence through the city.

The region is witnessing widespread protests over the Bill, which allows six immigrant communities, barring Muslim, from Afghanistan, Pakistan and Bangladesh for Indian citizens.

Protesters have expressed concerns that refugees allowed by the Bill could endanger identity and livelihood of indigenous people.

Before bringing the Bill in Parliament, Union Home Minister Amit Shah held extensive meetings with all the stakeholders in the northeast and made appropriate exceptions.