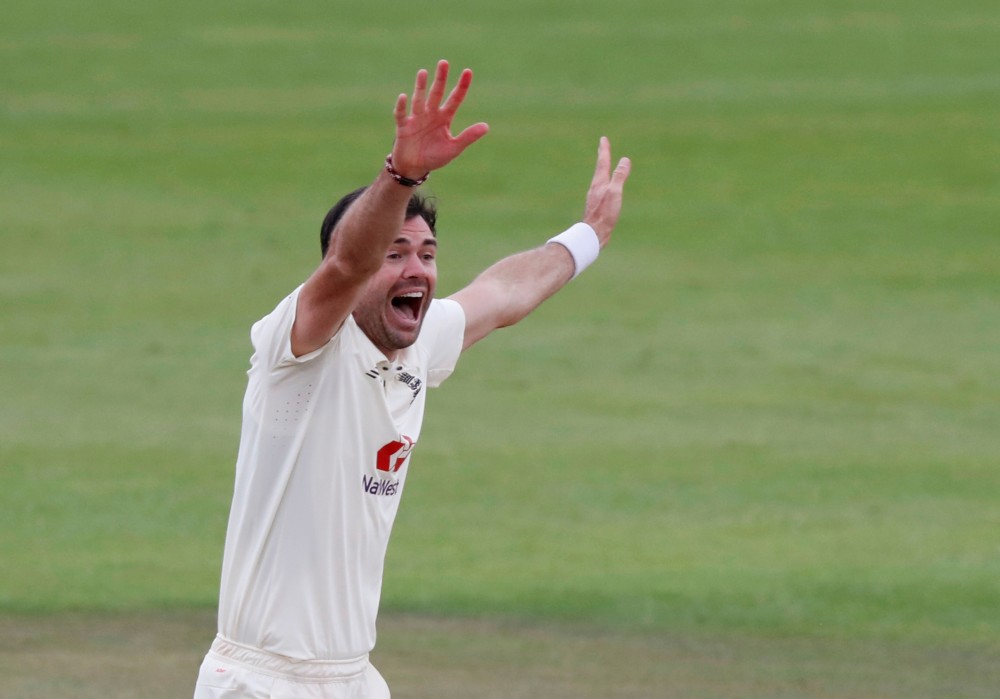 SOUTHAMPTON, August 26 (Reuters): James Anderson became the first seam bowler to take 600 test wickets but England had to settle for a draw against Pakistan after a rain-hit final day of the third test at the Rose Bowl on Tuesday.

The tourists reached 187 for four in their second innings at the close, batting for 27.1 overs on the short final day, still 123 runs short of England’s massive 583 for eight declared.

Anderson’s milestone had looked under threat after rain and a wet outfield prevented play in the first two sessions, but soon after the start he picked up the wicket of Pakistan captain Azhar Ali (31) with an edge to Joe Root at slip.

England claimed the series 1-0 after winning the first test in Manchester by three wickets, with the last two matches in Southampton both drawn after being blighted by bad weather.

Pakistan’s Babar Azam struck a breezy 63 not out to ensure there was no dramatic collapse in the final session, a timely half-century in the gloom of the Rose Bowl.

There seemed to be relief as much as joy for Anderson (2-45) after his historic moment as he further cemented his place as one of test cricket’s greats after coming into the match under pressure amid talk among some pundits that he should retire.

His match haul of 7-101 suggests otherwise and he may have a new milestone in sight with test cricket’s third-highest wicket-taker, former spinner Anil Kumble (619) not too far ahead.

Aside from Anderson’s achievement, England will take plenty of positives from the test, not least a career best 267 for Zak Crawley and second test century for Jos Buttler, who scored 152 as the pair put on 359 for the fifth wicket in the home innings.

England remain third in the ICC’s Test Championship table with 292 points, adrift of leaders India (360 points). Their next test fixture is uncertain due to the COVID-19 pandemic.

England and Pakistan will start a three-match Twenty20 series on Friday.