After latest European nightmare, will Messi ever win another Champions League? 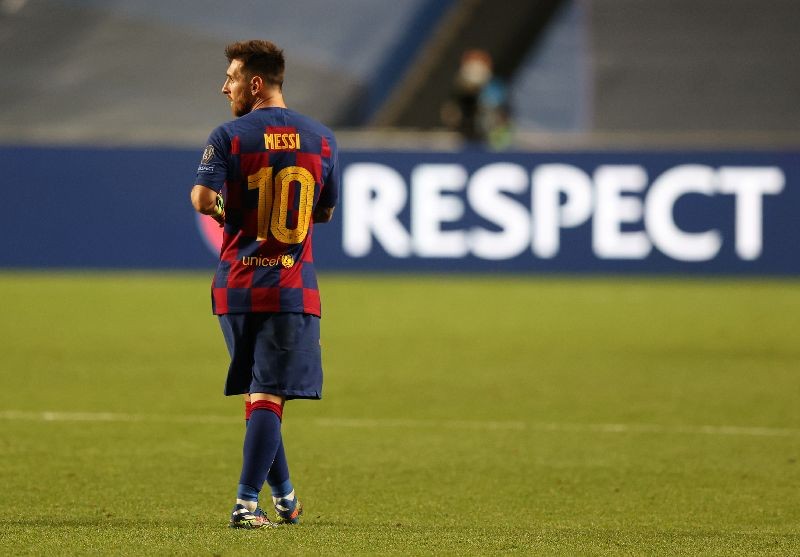 LISBON, August 15 (Reuters) - As he watched helplessly while his Barcelona side were ripped to shreds by a blistering Bayern Munich in an 8-2 thrashing, Lionel Messi must have been wondering if he will ever win the Champions League again should he remain at the club.

Messi has experienced some galling exits from Europe's top competition since he last lifted the trophy in 2015, but not even the disastrous defeats to AS Roma or Liverpool in the last two years could compare to this devastating semi-final loss.

At least on those occasions Barca could take solace from the fact they had only fallen short by one goal and won in the first leg of the tie.

In Lisbon, his side were dealt a humiliation on the scale of Brazil's 7-1 defeat to Germany in the 2014 World Cup, or, closer to home, Barca's 4-0 hammering in the 1994 Champions League final by AC Milan which proved the beginning of the end for Johan Cruyff's reign as coach.

This very much felt like the end of an era for a team that dominated world football between 2009 and 2015 and were even more hegemonic in Spain, winning eight of the previous 11 La Liga titles before losing out to Real Madrid this year.

Messi, 33, has been the team's spiritual leader throughout that time but the catalogue of failures in Europe has made the previously unthinkable scenario that he could leave Barca, where he has spent most his life, seem ever more plausible.

The Argentine has won Europe's top prize four times, a feat only bettered by Cristiano Ronaldo in the modern era, but that number has begun to feel increasingly small with each failure since Barca's last Champions League triumph.

The Catalans were knocked out by Atletico Madrid in 2016, out-classed by Juventus in 2017 and then somehow contrived to throw away heavy first-leg leads over Roma and Liverpool in 2018 and 2019 respectively.

This humiliation will surely bring the question of whether to stay or not to the fore, particularly with his contract running out next year, meaning he could join a European rival for free.

Barca great Xavi Hernandez said this week that Messi had earned the right to have an automatic renewal clause due to everything he has given the club, but, looking at how his team has declined, will he we want to sign a new deal?

The Argentine will be 34 next year and unless Barca make the radical changes a distraught Gerard Pique called for after the Bayern game, it is difficult to see him being reunited with what he has called "that beautiful Cup, which we desire so much".

Messi has not hidden his concern about the team recently, giving a sensationally critical post-match interview when Barca surrendered the Spanish title to Real Madrid last month.

The forward's happiness is not just dictated by what happens on the pitch. He has appeared increasingly disillusioned with the club in the last year, speaking out at sporting director Eric Abidal in January and also aiming fire at the club's hierarchy over their handling of a recent pay-cut.