Almost a third of COVID-19 samples show mutation, but not worse disease - WHO 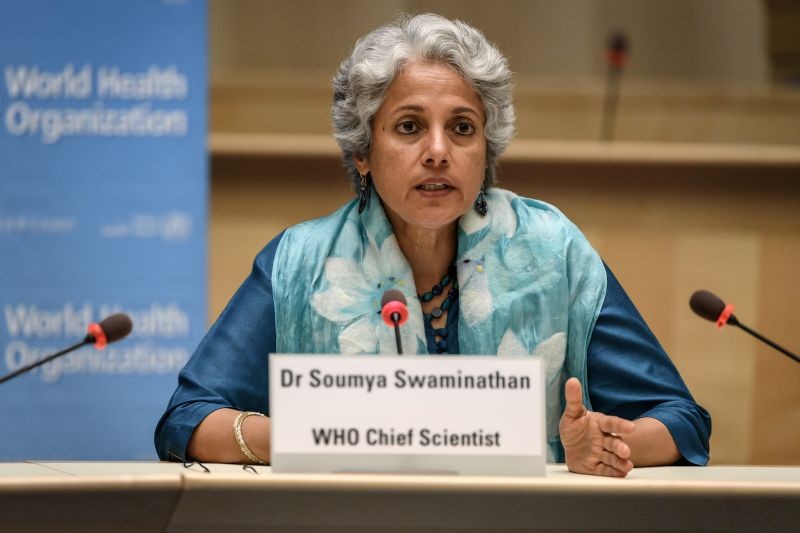 World Health Organization (WHO) Chief Scientist Soumya Swaminathan attends a press conference organised by the Geneva Association of United Nations Correspondents (ACANU) amid the COVID-19 outbreak, caused by the novel coronavirus, at the WHO headquarters in Geneva Switzerland on July 3. (REUTERS Photo)
World
3rd July 2020

GENEVA, July 3 (Reuters): Almost 30% of genome sequencing data from samples of the COVID-19 virus collected by the World Health Organization (WHO) have shown signs of mutation, but there is no evidence this has led to more severe disease, a top WHO official said on Friday.

"I think it's quite widespread," Soumya Swaminathan, WHO chief scientist, told Reuters on the sidelines of a briefing held by the U.N. journalists' association ACANU in Geneva.

The U.N. agency has so far collected 60,000 samples of the disease, she said.

Scientists at Scripps Research this month found that by April the mutated virus accounted for some 65% of cases submitted from around the world to a major database.

The genetic mutation in the new coronavirus, designated D614G, significantly increases its ability to infect cells and may explain why outbreaks in northern Italy and New York were larger than ones seen earlier in the pandemic, they found in a study.

Maria Van Kerkhove, technical lead on the COVID-19 pandemic at the WHO, said at Friday's briefing the mutated strain had been identified as early as February and had been circulating in Europe and the Americas.

"So far, there is no evidence it leads to more severe disease," she said.