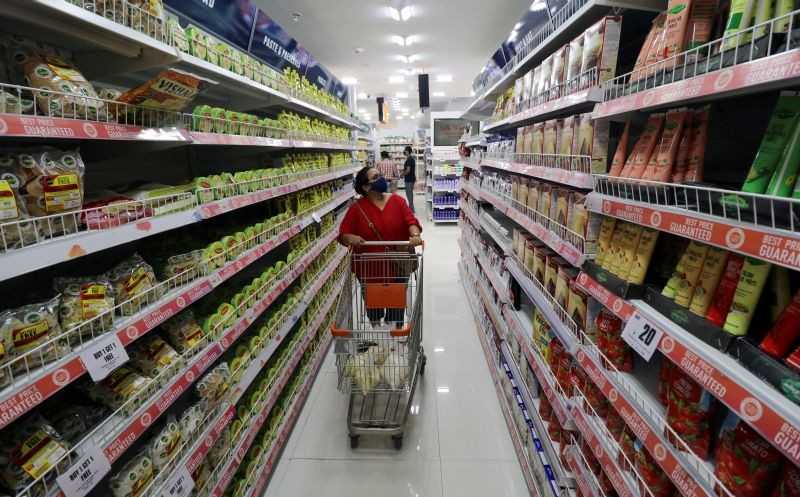 The outcome of a legal dispute which has embroiled the billionaires' Amazon.com and Reliance Industries Ltd empires - where a court ruling is imminent - may shape India's retail landscape for years to come.

The winner in the fight for Future Retail Ltd, Amazon's estranged local partner, will get pole position in the race to meet the daily needs of more than a billion people.

Accusations of insider trading and contractual breaches, as well as nationalistic cries to keep the U.S. giant at bay, mark the high-stakes fight, which has snowballed from what began as a dispute between Amazon and Future.

If Amazon succeeds, it may slow Reliance's plans to expand its e-commerce and brick-and-mortar operations. If Amazon loses, its hopes of expanding its interests in India's second-largest retailer and cashing in on its key grocery supply chain will be dashed, industry insiders say.

Amazon is trying to stop Reliance's $3.4 billion purchase of Future Group's retail assets. The U.S. company, which won an injunction from an arbitrator to block the Reliance-Future deal, accuses its partner of breaching some pre-existing agreements, misleading the public and insider trading. Future denies the allegations.

Amazon, Reliance and Future did not respond to requests for comment.

Bezos's behemoth is a formidable foe, but Ambani has a history as a disrupter. He has shaken foreign telecom firms by offering dirt-cheap data. Industry executives see his e-commerce plans as a threat for Amazon and Walmart Inc's Flipkart.

Reliance, seeking to expand its JioMart e-commerce business, this month completed a $6.4 billion fund-raising by selling a stake in its retail arm to such investors as Silver Lake Partners and KKR & Co.

India's retail market will grow 46% over the next four years to an annual $1.3 trillion, reckons Forrester Research. The key battle is over groceries, expected to be worth around $740 billion a year by 2024.

Founded by Kishore Biyani, dubbed India's retail king, Future transformed the country's retailing in recent decades, before COVID-19 hit the business so hard this year that Biyani was forced to find a new buyer.

Around 1,300 of Future's more than 1,700 retail outlets in 400 cities sell groceries. Its budget supermarkets cater to middle-class shoppers, while its upmarket stores offer products like imported cheese and fresh guacamole, relatively rare in India's retail landscape.

That makes Future a prized asset for both Reliance and Amazon.

Reliance and Future dominate the market, with the next competitor, Avenue Supermarts Ltd's DMart, having just 220 outlets in around 70 cities.

Amazon sees Future as a long-term play to optimise its supply chain for grocery delivery, an area where it has lagged, Meena said.

"Grocery is the category in which you fight," he said, while losing Future to Reliance would "slow Amazon".

Amazon, Future and Reliance this month hired some of India's top lawyers, who argued at length before a New Delhi judge. She is expected to decide soon whether to restrain Amazon from approaching regulators to block the Future-Reliance deal.