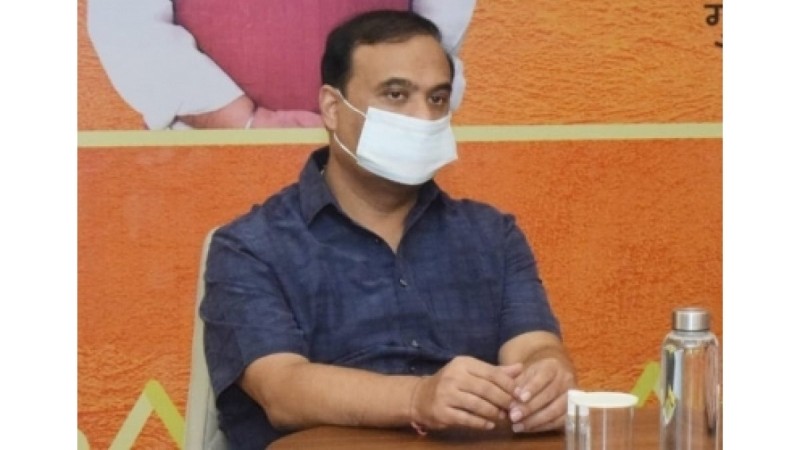 Guwahati, August 1 (IANS): The Assam government is keen to reopen educational institutions from September 1 but it would depend on the decision and directives of the Centre, state Education and Health Minister Himanta Biswa Sarma said on Saturday.

Addressing the media, he said that all teachers and employees of the schools will have to get themselves tested for coronavirus before August 30.

"In coordination between the Education and Health departments the compulsory sample tests of the teachers and staff would be conducted from August 23 to 30," Sarma said. "We would discuss with the parents, guardians and other stakeholders about our preliminary plan for reopening of schools. We would take the final decision after getting the decision and directives from the Union government."

Sarma said that at a time around 15 students would be allowed to be present in the class. Teaching in the colleges would be held only for the students of final semesters while for the post-graduate students, the concerned universities would take the decision as per their convenience.

"Before opening of the educational institutions, Standard Operating Procedures, decisions and all schedules would be available on the website of the Education Department and in public domain," the minister said.

He added that in view of the Covid-19 pandemic and to ease the burden of the students, the Secondary Education Board of Assam and the Assam Higher Secondary Education Council have been asked to consider either reducing the syllabus or providing maximum options in the question paper.

Educational institutions in Assam along with other states of the country have been closed since mid March following the outbreak of the coronavirus.

The Education Minister said that the Assam government has decided to constitute a 40-member committee to suggest ways and means to implement the new education policy announced by the Centre. This committee would have several sub groups. The state is expecting to be ready with a blueprint by January next year and the committee would submit its report by December this year.

Sarma said new educational infrastructure would come up in the villages. "We are also setting up 119 high schools across the tea estates of the state. We would try to spend around Rs 1.19 crore for construction of each school. Assam is spending close to 5.8 percent of GDP on education, around Rs 21,500 crore is spent annually," Sarma claimed.