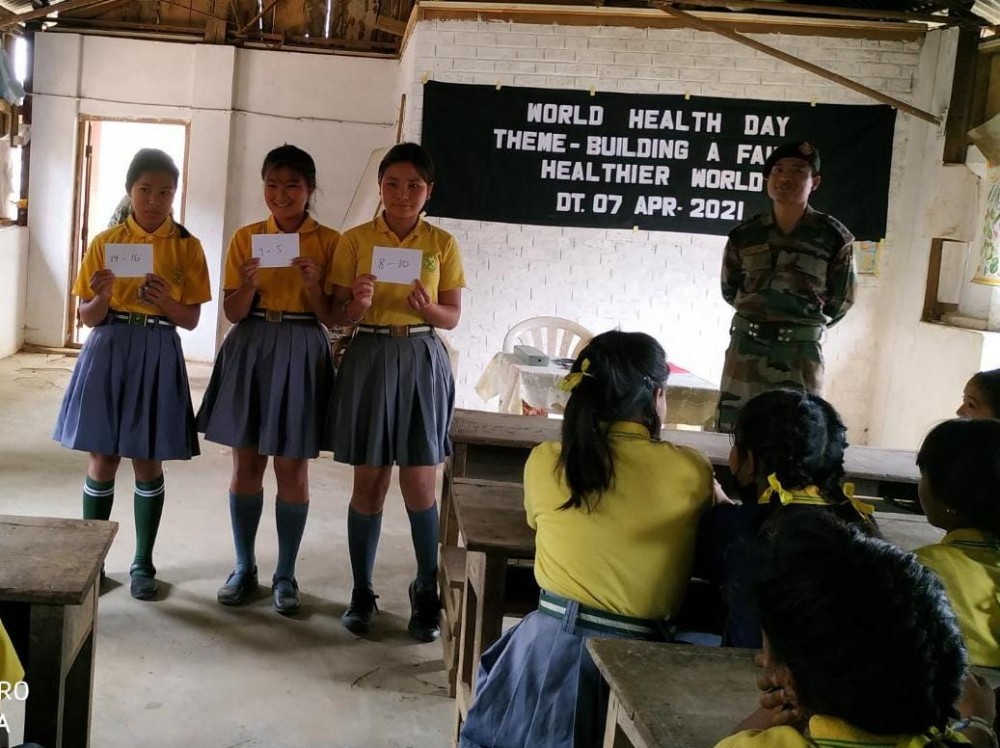 Dimapur, April 7 (MExN): Various battalions of the Assam Rifles under the aegis of HQ IGAR (N) recently conducted civic action programmes across the state of Nagaland.

According to a press release from the HQ IGAR (N), the Mokokchung battalion provided necessary assistance to the families who lost their homes in a fire incident which occurred on April 6 night at Yongja village under Longleng district. The release stated the fire completely razed two thatch houses where a total of seven family members were residing. “On learning about the fire incident, troops of Assam Rifles immediately swung into action and timely evacuated the men and materials from the site,” it added. Three seriously injured persons were assisted and were provided with the basic first aid treatment by the medical team and basic essentials were also provided to the victim family members, the release stated.

Meanwhile, the Jalukie battalion conducted an awareness campaign and essay competition on ‘World Health Day’ for school children of Government Middle School Peren. A lecture and demonstration was also given on healthy habits by Assam Rifles Medical Officer to enlighten the children on importance of health, followed by the health checkup of the children. A total of 96 students of classes 6, 7 and 8 participated in the competition and underwent health checkup.

According to the release, another programme was organised by the Ghaspani battalion wherein medicines and medical kits to fight COVID-19 were distributed to seven villages of Zubza Subdivision under Kohima district.

Medical checkups were also done near the Zubza AR Camp to ensure healthy COVID-19 free environment for the villages. The villagers commended the security force’s efforts and requested for more camps to be conducted in the future.