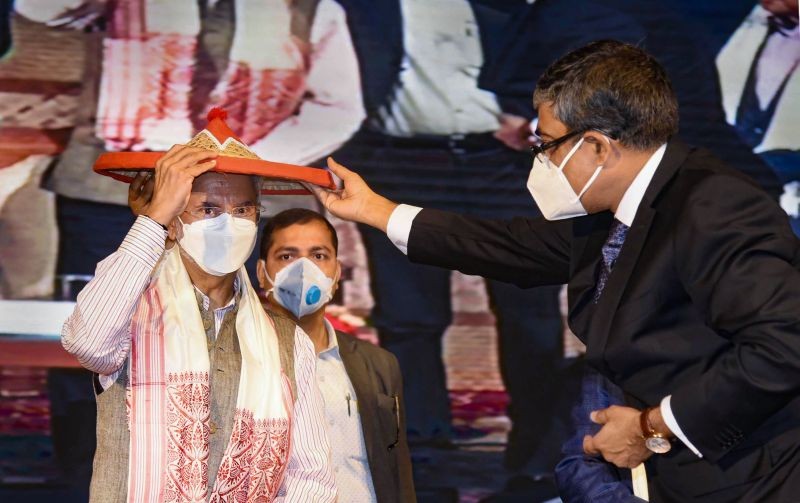 External Affairs Minister S Jaishankar being presented with a traditional 'japi' during an event on Act East policy, in Guwahati on February 15. (PTI Photo)

Guwahati, February 15 (PTI): External Affairs Minister S Jaishankar on Monday asserted that Assam is the springboard of India''s Act East Policy and its all-round development is central to the success of the policy. Addressing a press conference here, the minister said, Prime Minister Narendra Modi is deeply committed to the development of Assam, and Japan International Cooperation Agency (JICA)-aided projects in the state are examples of how international policies and partnerships can contribute to the development of states.

The minister, accompanied by Japanese Ambassador to India Satoshi Suzuki, was here to review JICA-assisted projects in Assam.

In order to bring in more investments to the region and to make the Act East Policy a success, there was a need to create an enabling environment by ensuring better connectivity, Jaishankar said.

Asked about the impact of political developments in neighbouring Myanmar, which is an important component of the Act East Policy, he said, "These are early days and hopefully development projects will not be affected". PTI DG MM MM