Ayim Longchar: Calling out all ‘Warrior’

There are moments in life, just in a spark of moment, something really special happens and for that one thing you drop everything to see it through to completion. For Ayim Longchar, one of the most power-packed and dynamic performers among Christian artists in Nagaland, the spark ignited almost seven years ago and since then he has been on the journey to bring those magical moments to life.

Now seven years later, Ayim is ready to live his musical dream with the release of his much awaited album ‘Warrior’.
Ready to see what will come next for his music, Ayim is full of excitement as he talks and reveal about his debut album with The Morung Express. 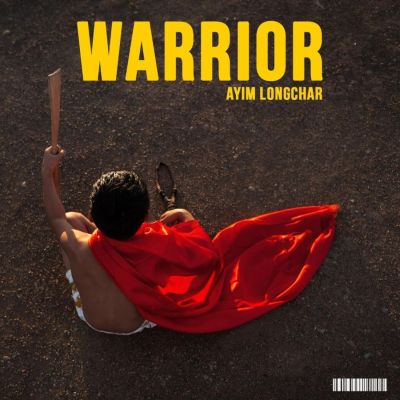 Reflecting on the making of ‘Warrior,’ Ayim says that he started the project in 2013. “It has taken me a journey of 7 years to complete… As a believer I know there is a time for everything and that is connected to God’s time. I can most assuredly say I was waiting for the right time for Him to say - Go ahead,” shares Ayim.

Giving away the first element about the album, Ayim says that “the arrangements and the progression of each song points to one central theme, i.e. Warrior.”

Not unfolding much on the title of the album, he says that one will have to listen to his songs “by buying” to get why it is titled ‘Warrior.’

Confirming that the album will be launched at the Embrace Church International, Singapore on September 6, 2019, Ayim says that launching overseas was never a part of the plan. “I totally believe it is simply just the favour of the Lord. It just happened and I grabbed the opportunity.”

After the release, the songs will be also available on iTunes, Spotify, YouTube, Amazon and other platforms.

Featuring two acoustic tracks, the eleven-track album is an “inspired” product and the singer/songwriter/composer states, “Deep inside I knew these songs were inspired and given. So I believe it can be a good means to portray the love and faithfulness of the Heavenly Father.”

He adds that another motivation behind the album was “to encourage Naga song writers and composers not to limit our self and to be fearlessly original.”

Ayim says that he like all the songs since “they are all uniquely written” and he got the “inspiration from different experiences of life’s journey.” 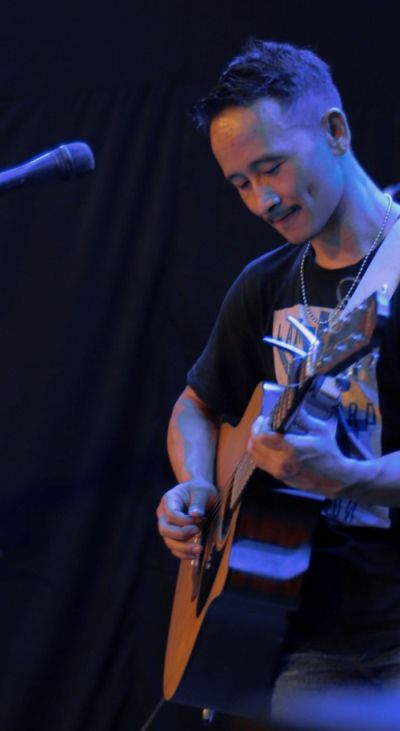 Speaking about the title song ‘Warrior’, Ayim recalls that towards the end of 2009 or the beginning of 2010, when he had just started to play the keyboard, he heard the melody “warrior, warrior would you wake up?”
“The melody would just ring over and over again. Only after some days, I realised it was the Holy Spirit actually singing this song over me,” he said.

Not one to dwell on the past, Ayim still understands how important it is to see from where God has brought His people.

“Nagas were a headhunting warrior community until the missionaries reached out with the gospel of Christianity. Today, as a believer of Jesus Christ, I believe God still sees us as warriors who are capable and equipped to cut off the heads of sicknesses, diseases, poverty, fear, depression, shame, pain, suicidal thoughts and hopelessness in Jesus name. ‘Warrior’ is a song calling out the warrior in us,” he reaffirms. “Every time I sing this song, the Holy Spirit reminds me of what Jesus Christ has done on the cross and who I am in Him today and what I can do through Him.”

After people listen to ‘Warrior’, the greatest hope for the album, Ayim says is “to let people experience the love and grace and faithfulness of God.”

Talking about tour plans to promote the album, Ayim says that it will depend on the response of the people but he would “love to tour for sure.”

Ayim shares his experience of being a songwriter, composer and singer from the perspective of a worship leader. From his understanding and skill of being in the worship ministry since 2005, Ayim says, “It is amazing to get into a realm, a place in the spirit and listen to the unheard sounds and melodies- the heartbeat of the Creator and release it here on earth. It is amazing to experience the joy you get when you see your songs and music speaking and bringing healing and strength to the people.”

For someone who has been singing and making music over two decades, one of the things, Ayim says that keeps him moving forward and continually breaking new ground with music is the “deep inner voice singing, this is what you are called to do. That melody keeps me going.”

Ayim admits that being an untrained musician, he lack in the technicalities and there were times, he wanted to give up. He started comparing himself with others and felt like he was nowhere close to those people. “But along the way, there were some people who believed in me and never ceased to pray and encourage me. It’s a spiritual matter,” he states.

“I am deeply grateful to all who have believed and supported me. And my family Apa, Ama, Yanger, Naro and Aien where would I be without you. Thank you for bearing up with me,” Ayim said in a thankful note.